Despite a mountain of uncertainty and having been postponed twice previously, the 2021 Africa Cup of Nations is now finally in sight, with a number of Premier League stars set for a potentially lengthy absence.

The 33rd edition of the tournament gets underway on January 9, with host nation Cameroon kicking it off against Burkina Faso, before it draws to a close on Sunday, February 6. The earliest possible release date for any nation is January 20, when the groups come to an end.

In what will be a difficult year for Premier League clubs to navigate, they received a timely boost last week as the Confederation of African Football (CAF) ruled players can stay with their domestic sides until January 3.

The rules initially dictated that clubs would have to release their players no later than the Monday morning the week proceeding the tournament’s start, in this case December 27. But CAF agreed players whose clubs have matches between December and January 3 can be involved before joining up with their national squads.

That will come as a particular relief to Liverpool – who are set to lose Mohamed Salah, Sadio Mane and Naby Keita – with clashes against Leicester, albeit a game they lost, and Chelsea in that period.

Arsenal, Crystal Palace and Leicester are also among the teams who will be impacted most in the coming weeks, while Tottenham, Newcastle, Leeds and Norwich make up the four sides who won’t be affected.

Sportsmail breaks down the players from each Premier League club who will be absent below, though it’s important to note that a number of nations have not yet announced their official squads. These are: Gabon, Ghana, Egypt, Bukina Faso and Zimbabwe.

Arsenal will find their squad depth reduced significantly over the course of the Africa Cup of Nations, with four first-team members expected to feature.

So far it’s only Nicolas Pepe whose involvement is guaranteed, with Ivory Coast naming the winger in their official squad.

After locking down a starting role at the start of the season, Pepe has in more recent weeks been largely demoted to the bench, with Bukayo Saka and Gabriel Martinelli the preferred outlets.

Yet, with crucial clashes coming thick and fast, including in the Carabao Cup and FA Cup, his presence will definitely be missed in the squad. As will Thomas Partey, Mohamed Elneny and, perhaps less so, Pierre-Emerick Aubameyang.

The trio have been named in the provisional squad lists for Ghana, Egypt and Gabon respectively.

*Players will miss further games if their nation makes it through the group stage.

Pierre-Emerick Aubameyang, recently stripped of his captaincy, will be absent for Arsenal

Aston Villa have endured a disrupted end to the year, with clashes against Burnley and Leeds postponed due to Covid, while manager Steven Gerrard missed their defeat to Chelsea after testing positive.

The Midlands side will also be disrupted throughout January, with three first-team players set to depart for Cameroon.

Mahmoud Trezeguet, Bertrand Traore and Marvelous Nakamba have all been named in the provisional squads for their respective nations, being Egypt, Burkina Faso and Zimbabwe.

Brentford will have just one player leaving for AFCON in January, with midfielder Frank Onyeka in the Nigeria squad.

That will still come as a blow, with the summer signing featuring in 15 of the London club’s 17 Premier League outings this season.

It had also been anticipated Brentford may be without Ghana’s duo of Tariqe Fosu-Henry and Julian Jeanvier, but neither were named on their provisional squad list.

Yves Bissouma earns his first call-up for Mali since 2018

Similarly to Brentford, Brighton will also have just the one player absent in January, but again it’s another important loss.

Midfielder Yves Bissouma, who has featured in 12 of Brighton’s 17 Premier League games this season, has been named in Mali’s official squad.

Bissouma hasn’t featured for Mali since 2018 amid reports of a falling out with coach Mohamed Magassouba, but the 25-year-old is set for a return to international football after being named in their 28-man squad.

Burnley will be without the services of Maxwel Cornet for the duration Ivory Coast remain in the Africa Cup of Nations.

Cornet, who has been impressive in front of goal this season, has been officially called up to the Ivory Coast squad.

The 25-year-old has scored five goals in nine Premier League outings this season, before limping off in their 1-0 loss against Newcastle and missing the following outing against West Ham. Burnley’s following three fixtures have all been postponed.

Chelsea will feel fortunate to have just one player leaving for AFCON, though it will still be a major blow regardless.

The Blues are set to lose No 1 keeper Edouard Mendy, who has been named in Senegal’s official squad.

As stated, the blow was somewhat diminished after CAF revealed players could stay with their domestic clubs until January 3, meaning Mendy will be available to play Liverpool the day prior.

In another boost for Chelsea, Hakim Ziyech was sensationally left out of Morocco’s squad after a complete breakdown in his relationship with coach Vahid Halilhodzic.

Crystal Palace are another side who have been impacted by Covid, though there were a few eyebrows raised when they fielded an almost full strength side in their 3-0 defeat to Tottenham, despite attempting to get the game postponed.

Nevertheless, they will be without three key players from January 3-20 at the very least, with talisman Wilfried Zaha earning a place in Ivory Coast’s official squad.

Cheikhou Kouyate has missed just two Premier League games this season but he will also be absent after being named in Senegal’s squad, while Jordan Ayew has been named in Ghana’s provisional list.

There is a positive for Palace, however, after Jeffrey Schlupp missed out on a place in Ghana’s provisional squad.

Everton won’t be too badly impacted by AFCON, with just Alex Iwobi leaving in January.

The forward, who has scored just one goal in his 13 Premier League outings this season, has been named in Nigeria’s official squad.

There had been thoughts Jean-Philippe Gbamin, generally a substitute, could be heading away as well, but he didn’t make the Ivory Coast squad.

Leicester are set to lose four players to the Africa Cup of Nations, perhaps not the best timing after their stunning, momentum-building 1-0 win over Liverpool.

Brendan Rodgers will lose Kelechi Iheanacho and Wilfred Ndidi, who have both been named in the Nigeria squad.

Meanwhile, Nampalys Mendy will be heading away with Senegal, while Daniel Amartey has been named in Ghana’s provisional squad.

Liverpool are undoubtedly one of the teams who will suffer most with AFCON taking place during the domestic season, with three vital players set to depart.

Of course, it’s Mohamed Salah who takes the headlines, having arguably been the best player in world football through the 2021-22 campaign to date.

The forward has been named in Egypt’s provisional squad list and will certainly be on the plane to Cameroon come January 3.

Joining him will be Sadio Mane and Naby Keita, who have been named in the official squads for Senegal and Guinea respectively.

Given Manchester City’s extraordinary squad depth, the loss of Riyad Mahrez shouldn’t impact them too drastically.

Mahrez, who captained Algeria to an historic AFCON victory last time out in 2019, has once again been called up to represent his country.

The winger will be City’s one and only absentee, however, with the likes of Phil Foden, Jack Grealish and Gabriel Jesus all starting on the bench for their most recent victor over Leicester.

Similarly to their neighbours City, Manchester United will also have just the one player absent due to the Africa Cup of Nations.

That player is central defender Eric Bailly, who has been selected for Ivory Coast.

That won’t come as too much of a blow for United, with the defender featuring just three times in the Premier League and six times in total this season.

Meanwhile, Amad Diallo, who has made just one appearance for United this season, will not join his United team-mate in Cameroon after being overlooked by Ivory Coast.

Southampton will be without just one player, Moussa Djenepo, who will join up with fellow Premier League and Mali star Bissouma in Cameroon.

While Djenepo has played just eight Premier League game for the Saints this season, there was more of a concern that Mohammed Salisu would be absent, despite picking up a costly red card against Tottenham on Tuesday.

Fortunately for the Saints he wasn’t named in Ghana’s provisional squad.

Unlike other players from the Premier League, Djenepo has already travelled to join up with the Mali squad.

Tottenham will feel fortunate not to have any players departing for the Africa Cup of Nations, but their fans may still want to keep an eye on proceedings.

That’s because summer signing Pape Matar Sarr, who was immediately loaned back to Ligue 1 side Metz, will be competing for Senegal.

The highly-rated 19-year-old midfielder will join Spurs for the 2022-23 season, and AFCON will represent a good opportunity for the London club to get an early look.

No Premier League team has as many players leaving for AFCON as Watford, who are set to lose five first-team members to the competition.

Notable absentees will be Ismaila Sarr and Emmanuel Dennis, who have been called up to the Senegal and Nigeria squads respectively.

Joining them in Cameroon will be Adam Masina and Imran Louza of Morocco, as well as Nigeria’s William Troost-Ekong.

West Ham will be without Said Benrahma for much of January and potentially February, with reigning champions Algeria expected to go far in the tournament.

The midfielder, who has played in all 19 of the Hammers’ 19 Premier League outings, scoring four goals, has been selected in Algeria’s official squad.

David Moyes’ side started the season in impressive fashion but have dropped off of late, with Benrahma’s departure certainly not a timely one.

Finally we have Wolves, who will see just the one player leave for the Africa Cup of Nations in January, being Romain Saiss, who has been called up by Morocco.

Saiss has feaured in all 18 of Wolves’ Premier League games and will be a miss for manager Bruno Lage.

Wolves had also been set to be without Willy Boly, after the defender was named in Ivory Coast’s official squad.

The Midlands side announced on Tuesday that Boly is ‘currently’ unable to join his national side due to a calf injury, however, They state Boly will rehabilitate at Compton over the next few makes, before a decision on his return will be made.

Premier League players are expected to play at AFCON 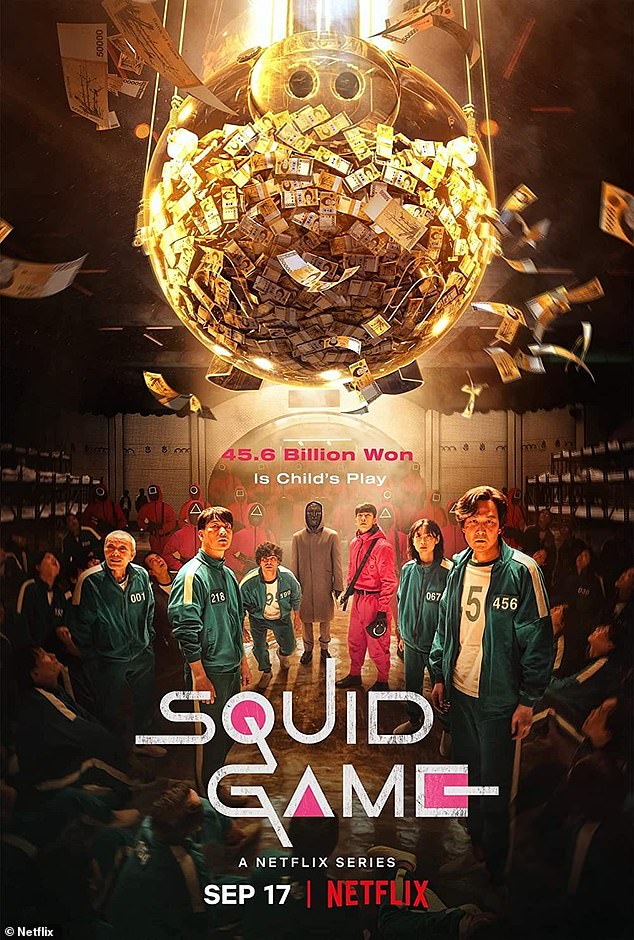 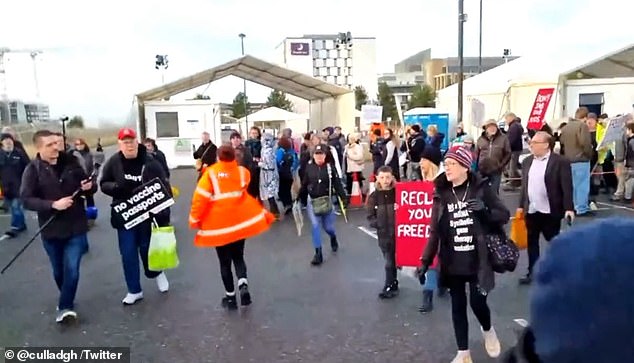