A new Hunter Biden book excerpt released on Monday details an alleged secret meeting between now-President Joe Biden and his only living son’s business partner that led to a now-infamous ‘deal’ in which the president and his family were supposed to get equity in a Chinese energy firm.

Biden reportedly thanked Tony Bobulinski, who was tasked with setting up the family’s joint venture with Chinese firm CEFC, for his ‘service’ and for ‘helping my son.’

The meeting lasted 45 minutes in May 2017. Less than two weeks later, an email sent to Hunter Biden outlined a ‘provisional agreement’ that included 10 percent equity in the energy company for ‘the big guy’ – later identified as Joe Biden.

‘The Bidens had chosen a discreet couch behind a thick marble column where they could see everyone who walked in the front entrance,’ writes Miranda Devine, author of the forthcoming book Laptop From Hell: Hunter Biden, Big Tech And The Dirty Secrets The President Tried To Hide.

Based on hundreds of emails from Hunter’s laptop which was left in a Delaware repair shop in April 2019, and transcripts of messages from WhatsApp, she claims that the Biden family offered their services to CEFC to help expand its business around the world.

In the recent excerpt released by the New York Post, Devine claims ‘Joe knew what his family was doing in his name but was insulated from the dirty details.’

Bobulinski was a Democratic donor and a retired Navy veteran, and would be meeting Joe Biden for the first time.

Biden, who had been speaking at the Milken Institute Global Conference in Los Angeles, allegedly met Bobulinski, Jack Biden and Hunter Biden when he arrived at the hotel shortly after 10:30 p.m.

‘Dad not in now until 11,’ Devine claims Hunter wrote in a message to Bobulinski. ‘Let’s me [you] and Jim meet at 10 at Beverly Hilton where he’s staying.’

She writes that Jack Biden, seven years younger than the 79-year-old president, ‘greeted him like an old friend, although it was the first time they’d met.’

He reportedly told Bobulinski the meeting was ‘high level.’

Hunter added, ‘We will not go into any detail about the business.’

‘I just want my dad to be comfortable with you,’ the 51-year-old recovering drug addict allegedly told Bobulinski.

When Joe Biden arrived they shook hands, with Hunter introducing them: This is Tony, Dad, the individual I told you about that’s helping us with the business that we’re working on with the Chinese.’

‘Joe began by talking about the Biden family, their tragedies, and his political career,’ Devine writes.

‘Bobulinski described his background as captain of the Penn State wrestling team in and briefly outlined an impressive résumé, including as a nuclear engineer and instructor in the Navy’s elite Nuclear Power Training Command with a high-level security clearance.’

After the president’s brother and son told him Bobulinski was ‘working hard’ on their behalf he allegedly replied, ‘My son and my brother trust you emphatically, so I trust you.’

‘Bobulinski had passed the test. It was a crucial meeting, because for the first time an outsider would see the extent to which Joe was involved in Hunter and Jim’s international business. Joe was the final decision-maker. Nothing important was done without his agreement,’ Devine writes in her forthcoming book.

According to Devine’s account Biden invited Bobulinski to a speech he was giving the next day and even asked what he thought of it afterwards.

The then-former vice president instructed, ‘Keep an eye on my son and brother and look out for my family.’

The excerpt goes on to detail a meeting between Jim Biden and Bobulinski the same day on the rooftop of a Santa Monica hotel.

Extracts from one email published Thursday by the New York Post show how Hunter Biden was to be paid $850,000 in part of his arrangement with the Chinese firm

WHO’S WHO IN THE HUNTER CHINESE EMAILS

Vice president’s son was well-known to be seeking business deals in China. He traveled there in 2013 on Air Force Two and introduced his father to a business partner, Jonathan Li. In 2017, after his father left office, he pursued a relationship with Ye Jianming

Chairman and founder of CEFC China Energy, 43. A wunderkind of the Chinese energy world. Gave Hunter a diamond in 2017 as they pursued a business relationship. But in November 2017 company was accused of bribery in Africa by the DOJ, and in March 2018 he was arrested in China, reportedly on the orders of Xi Jinping. Has not been seen or heard from since but a prosecution in 2018 saw a senior Communist leader accused of taking bribes from him

Penn State wrestler and Navy veteran turned-California businessman, 48, who appears to have done other business in China. Unclear how he and Gilliar know each other. Other business ventures include an investment in a Chinese men’s clothing company called VLOV

Bill Clinton administration official who is now co-founder of a technology-focused private equity firm, Pilot Growth. His wife Betsy Massey Walker was Jill Biden’s assistant when she was Second Lady

British-born 56-year-old businessman based in the Czech Republic. Set up jc2r, the company which is in the emails, in 2015. It is no longer active. Gilliar appears to breed race horses with his wife, Erika and appears to also be an adviser to a holding company run by the leader of Abu Dhabi’s son

Joe Biden’s younger brother and a serial entrepreneur who has long faced claims of profiting from his brother’s political career. He and Hunter were in business together in 2006 when they bought investment firm Paradigm Global Advisors which they unwound in 2010 after connections to a Ponzi fraudster emerged

The Chairman and The Big Guy

There, the Navy man-turned-businessman asked, ‘Aren’t you concerned that you’re going to put your brother’s [2020] presidential campaign at risk? You know, the Chinese, the stuff that you guys have been doing already in 2015 and 2016, around the world?’

Bobulinski was told the Bidens were ‘paranoid’ about keeping his involvement under wraps.

A report published by the New York Post in 2020 included a leaked email titled ‘Expectations’, which details ‘remuneration packages’ for six people in a business venture.

Hunter was identified as the ‘chair/vice chair depending on agreement with CEFC’, an apparent reference to the now bankrupt Shanghai conglomerate China Energy Co.

His pay was ‘850’ and the correspondence also noted how he ‘has some office expectations he will elaborate’.

The email also outlines a ‘provisional agreement’ where 80 per cent of the ‘equity’ would be shared equally among four people whose initials appear to relate to Hunter and three other recipients.

The sender of the email, Gilliar, said: ‘I am happy to raise any detail with Zang if there is shortfalls?’

The remaining 20 per cent was split with 10 per cent going to ‘Jim’ who is otherwise unnamed, and then ’10 held by H for the big guy?’

The big guy was previously unnamed until Fox News claimed that it was in reference to Joe Biden.

Zang appears to be a reference to Zang Jian Jun who was the former executive director of CEFC.

According to the alleged emails published by the Post about his Chinese dealings, Hunter also struck a deal for $30 million plus bonuses ‘based on introductions alone’ over three years after his father left office, then was offered a ‘much more lasting and lucrative arrangement.’

Devine writes in her new book, out Tuesday, that Ye Jianming, the chairman of CEFC China Energy, was tasked with expanding the Chinese energy consortium’s influence around the world, and James Gillar, a former SAS officer, recommended he link up with the Biden family.

Gillar reportedly connected Ye with Hunter Biden through Rob Walker, a former Clinton administration official, whose wife, Betsy Massey Walker, had been Jill Biden’s assistant when she was second lady.

In December 2015, Devine claims, Ye and CEFC Executive Director Jianjun Zang flew to Washington D.C. At around the same time, a meeting was scheduled in Hunter Biden’s diary for December 7, 2015.

One of his former associates, who spoke to Devine on the condition of anonymity, said they believe Hunter brought Ye to meet his father at one of their holiday parties, although there is no indication of any such meeting on Hunter’s laptop.

By February 2015,  Gillar reportedly emailed Hunter directly saying: ‘It has been made clear to me that CEFC wish to engage in further business relations with our group.’

He reportedly knew that CEFC was the capitalist arm of President Xi Jinping’s Belt and Road Initiative to spread Chinese influence throughout the world, while Ye was pictured with world leaders. 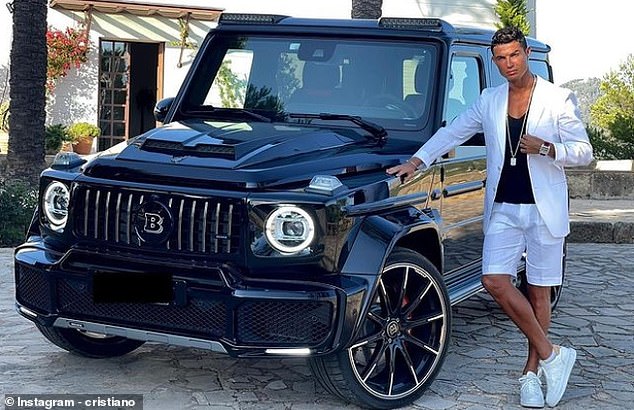 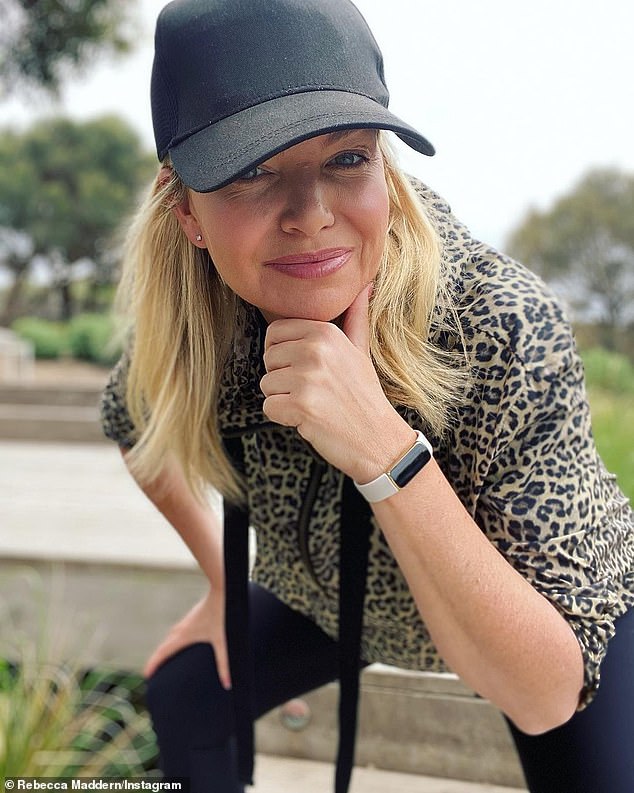