Hundreds of surfers gathered in the water at Alex ‘Chumpy’ Pullin’s favourite beach in Sydney to pay tribute to the champion snowboarder after his tragic death last week.

About 500 friends of the 32-year-old gathered in Narrabeen, on Sydney’s northern beaches to say their goodbyes after Pullin suffered a shallow water blackout and drowned while spearfishing near Palm Beach on the Gold Coast last Wednesday.

A memorial was held at the beach where he died on Saturday, organised by his girlfriend of eight years, Ellidy Vlug.

But for those who couldn’t get to Queensland, Pullin’s friend Chris Enever organised a paddle out at the Sydney beach he called home for the bulk of his 20s.

Pictured: One mourner wipes away tears while in her wetsuit as she prepares for a paddle out in Pullin’s honour

The northern beaches were Pullin’s stomping ground when he was in his 20s and where he met Ms Vlug at a mutual friend’s party in 2012.

The couple moved to the Gold Coast in 2018 after purchasing their dream home and were the happiest they’d ever been before his death.

Mr Enever spoke of how ‘the clouds opened up’ to reveal ‘the most perfect, pristine day’ as everyone paddled out on their boards, The Daily Telegraph reported.

‘I think Chumpy sent a few more waves than we were expecting that made it a bit tricky on the way out, threw a spanner in the works,’ he said.

The northern beaches were Pullin’s stomping ground when he was in his 20s and where he met his partner, Ellidy Vlug

‘It’s so hard to comprehend and believe it’s real. Everyone is still in disbelief and thinking he’ll pop back up and make a joke.’

Nate Johnstone, a fellow snowboarder who considered Pullin one of his closest friends, also read a speech he’d written along with Sean Tully, another of Pullin’s mates.

‘Chump you were taken from us far too early, however your time here was not wasted and your approach to life was infectious,’ Mr Johnstone read.

‘The legacy you’ve left behind is something to be admired, and it’s an inspiration to so many… but who you were to me was the person I looked up to most and I’m so proud to call you my friend.’

Mr Johnstone described Pullin as his ‘brother’ in the touching tribute.

North Narrabeen was crawling with surfers and friends of Pullin’s as they farewelled the champion snowboarder, who died in a tragic spearfishing accident last Wednesday

‘The world needs more people like you in it. Our time for making new memories has passed, but the ones we have, we will forever hold in our hearts.’

His shock death was described as a ‘wake up call’ among mourners.

Pullin was an experienced free diver and had ‘mastered the art of holding his breath for long periods of time,’ Ms Vlug previously explained to Daily Mail Australia.

He often went out spearfishing on his own or with friends, and Ms Vlug said she never once had any concerns about anything going askew.

On the morning of his death, the couple woke late before Pullin decided to go get some sun.

The girlfriend of late Alex ‘Chumpy’ Pullin paid tribute to his life in a moving dawn memorial (pictured, Ellidy Vlug flanked by family and friends during the morning service on Saturday)

Ms Vlug told Daily Mail Australia she last saw her boyfriend alive moments before he’d decided to go for a dive, telling him: ‘Love you, watch out for sharks’.

Another surfer found him unconscious on the ocean floor and notified lifesavers, who pulled him to shore.

Paramedics performed CPR for 45 minutes on Pullin but were unable to revive him.

On Saturday, the 28-year-old model and business owner led an early morning service surrounded by heartbroken friends and family in tribute of Pullin.

Supported by an army of surfing mates, Ms Vlug paddled into the waters at Palm Beach, just meters from where the Olympic snowboarder died.

Ms Vlug (pictured, centre) and Pullin’s father (left) carry their boards out to the surf during the morning service

Friends, family and locals (pictured, left) turned out to the morning service to send their final farewell to Pullin, as Ms Vlug was comforted at the scene (right)


Ms Vlug and a handful of friends waded into the same waters that took her beloved boyfriend for the emotional farewell.

The group of mourners donned wreaths of flowers around their heads and wetsuits.

Surfer Mick Fanning and Pullin’s father joined the mourners in a paddle out while grieving locals who chose to stay back planted bouquets of flowers in the sand.

Bouquets had been steadily arriving since Wednesday afternoon, and were partially buried in the sand to keep them in place overnight.

The group of mourners donned wreaths of flowers around their heads and surf swimsuits (pictured on Saturday morning, Ms Vlug in a headdress and black wetsuit)

Grieving locals planted bouquets of flowers in the sand (pictured on Saturday morning) as Ms Vlug wept in the centre, surrounded by loved ones

Friends and family attended the morning service to pay tribute to Pullin, as Ms Vlug (pictured, centre) was comforted at the scene

Ms Vlug first visited the scene with close friends on Friday, and shared a touching video to social media showing the flower arrangements sitting on the shore as the sun rose in the background.

‘Chump my baby, rest in paradise,’ she wrote.

‘I can’t bear to type these words.’

Ms Vlug was first warned something might be amiss by her neighbour, Belinda Anderson, on Wednesday morning.

Ms Anderson had spoken with Pullin on his way out of the house, so knew he was heading down to Palm Beach to go spearfishing.

Hours later, she saw a post in a local community Facebook page. It read that a man in his 30s had been pulled to the shore, unconscious.

Pullin (pictured with Ms Vlug, left and right) was a keen spearfisher but tragically blacked out underwater on Wednesday)

She immediately sought out Ms Vlug.

‘I went over and showed his partner the message as I knew he was out there,’ Ms Anderson explained.

Ms Vlug previously told Daily Mail Australia she returned from a walk to her neighbour at her door telling her there had been an accident.

She rushed down to the beach with her mother, where she was told by first responders that the victim was in fact her partner of eight years.

‘The world lost an amazing human today,’ Ms Anderson wrote in a touching tribute to her neighbour.

‘He was loved and admired by so many. He passed away doing what he loved’.

Mourners paddle out to pay their respects to Alex ‘Chumpy’ Pullin (pictured) at Palm Beach, where the sportsman died on Wednesday

Friends and family comforted each other during the early morning service as Ms Vlug (pictured, right) broke down 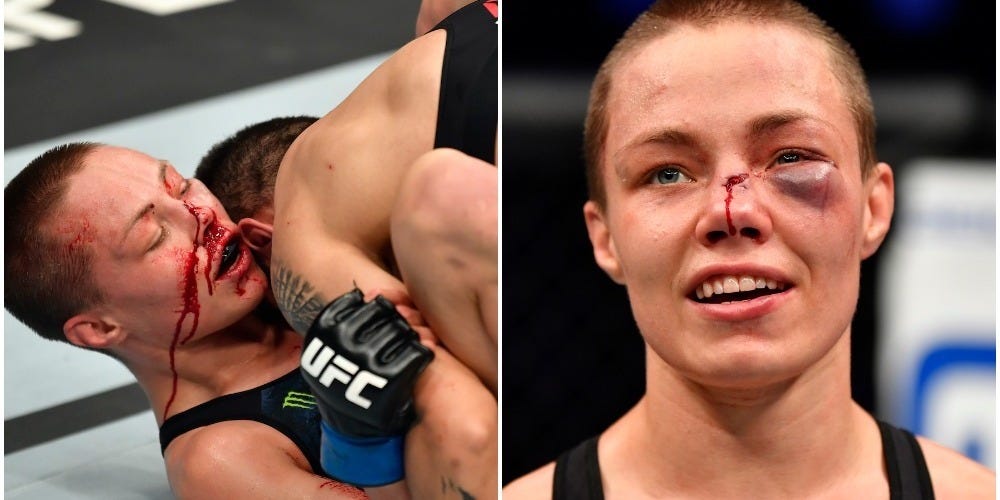