Boris Johnson has urged the nation not to ‘overdo it’ when pubs and restaurants across England reopen on Saturday.

The Prime Minister has called on people to be careful while enjoying themselves as the hospitality sector welcomes back customers for the first time since March.

However, the PM’s plea to members of the public to be sensible risked being undermined by Jacob Rees-Mogg who told MPs he had bought a yard of ale glass which he intends to take to a pub on Saturday.

It came after the Treasury was accused of publishing ‘the most tone-deaf tweet in history’ after urging people to celebrate the reopening of pubs.

The tweet told people to ‘grab a drink and raise a glass’ but it prompted an immediate social media backlash as people said it was in bad taste given the UK’s coronavirus death toll and it was quickly deleted.

Police and medics have urged people to be responsible this weekend amid fears some members of the public could over-indulge on their first trip to a bar in more than three months.

Officers in Durham are welcoming customers back to pubs by warning: ‘Enjoy the bars. Don’t end up behind them.’

There are concerns that a failure to observe social distancing rules when lockdown is further loosened could lead to a spike in Covid-19 infections.

Mr Johnson will lead a Downing Street press conference on Friday evening ahead of pubs, restaurants and hairdressers reopening on Saturday.

The Prime Minister’s Official Spokesman told a Westminster briefing today: ‘(Mr Johnson) has said that he does want to see people able to go out and to enjoy themselves, but he is also very clear that everybody needs to be careful, stay alert and to follow the guidance.

‘The guidance is there to keep everybody safe and to control the spread of the virus, and it is hugely important that everybody follows the advice and makes sure that they don’t overdo it.’

Asked if Mr Johnson would be visiting a pub or restaurant on Saturday, the spokesman said: ‘He’s talked about his enthusiasm for a haircut and pint previously but I don’t know exactly what he’s doing on Saturday yet.’

The spokesman added that it would be ‘plain for all to see next week what he’s been doing at the weekend’ if he gets his famous blonde locks trimmed over the weekend.

The spokesman’s comments came as Mr Rees-Mogg, the Commons Leader, said he had bought a yard of ale glass ahead of his own trip to a pub at the weekend.

Responding to a question from Labour MP Lilian Greenwood, Mr Rees-Mogg said: ‘I welcome her good cheer about the pubs opening on Saturday.

‘Last week I suggested that people use a yard of ale to measure their social distancing and I am glad to say I have had the yard glass delivered and I am looking forward to visiting The Crown in West Harptree on Saturday to see if I can get the two and a half pints that I believe a yard of ale actually takes.

‘Whether I then drink the same is another question.’

Some experts are concerned that the lockdown easing risks undoing progress made in stopping the spread of the disease.

The Treasury was accused of fuelling a potential increase in infections after it urged people to go to pubs at the weekend, tweeting last night: ‘Grab a drink and raise a glass, pubs are reopening their doors from 4 July.’

The message published by Chancellor Rishi Sunak’s department was accompanied by a short animated video showing glasses being raised.

HM Treasury tweeted yesterday to urge people to ‘grab a drink and raise a glass’ as pubs reopen in England on Saturday. The tweet was deleted after a social media backlash

ITV Good Morning Britain presenter Piers Morgan was one of many people to lash out at the Treasury for posting the message.

He tweeted: ‘This must be the most tone-deaf tweet in history.

’65k people dead, the economy catering, millions facing unemployment.. and the Treasury wants us all to go out on the p*** & celebrate.’

Other social media users labelled the tweet ‘irresponsible’, said it was in ‘bad taste’ and that it was ‘wholly inappropriate’.

A Treasury spokesman said today: ‘We got it wrong on this and the tweet was quickly removed.’

The Government is pushing ahead with what has become unofficially known as ‘Super Saturday’ despite Leicester going into local lockdown and other areas seeing an increase in cases.

Pubs and restaurants will be allowed to reopen their doors from Saturday but they will be very different to how they were before lockdown was imposed in March.

All orders should be taken from the table, with many likely to use smartphone apps.

Businesses have been told to put in place one-way systems to keep people away from each other.


Venues should also keep a record of all visitors so the NHS Test and Trace programme can immediately pounce on any virus outbreaks.

Loud music and live performances will not be allowed in order to stop people from having to shout to be heard which can increase transmission of the disease.

Social distancing will still be required but it will no longer be two metres in all situations.

From Saturday people who are not part of the same household will be told to keep to the one metre-plus rule.

The ‘plus’ is what Mr Johnson called mitigation, and it means taking extra steps to keep safe such as wearing a mask, regularly washing hands and sitting side by side, rather than face to face. 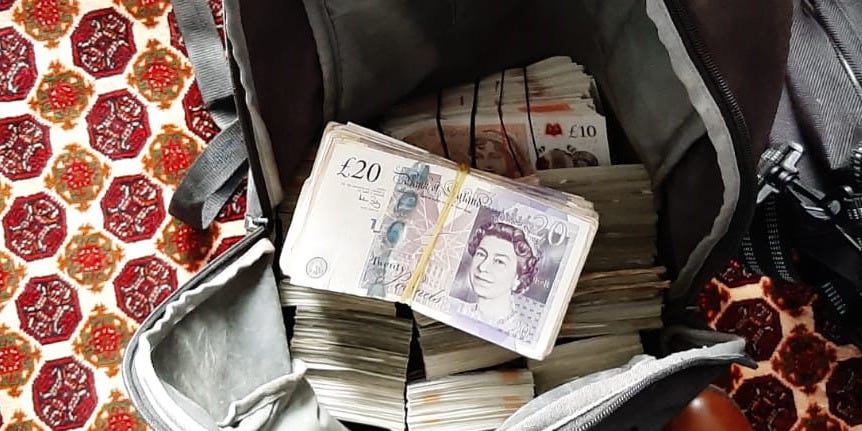