The first (sort of) full Saturday of the 2020 season has come and gone. The days of wondering whether football can be played are largely over. Six conferences are moving forward with football this fall. While the COVID-19 pandemic still hangs in the background, we’re back to talking about schemes, matchups and results.

It’s a good feeling, but it’s also enough to cause some whiplash from the past several months. But if there’s one thing this year has taught us about football, it’s that nothing is guaranteed. If you’re going to play the game, play it like it won’t be there next week. The same attitude applies with every takeaway. As such, college football overreactions are back for another season.

Want more college football in your life? Listen below and subscribe to the Cover 3 College Football podcast for top-notch insight and analysis beyond the gridiron.

What did we learn from Week 2? Let’s parse through the biggest storylines from Saturday.

Norvell is a great offensive mind who did wonderful things at Memphis. He seemed like the right hire for Florida State after the Willie Taggart fiasco. One game — a 16-13 loss to Georgia Tech — is too early to make any conclusions about Norvell, but it is clear he has his work cut out for him with this offense. The O-line, which has been a problem for years in Tallahassee, isn’t any better, and depth issues against the Yellow Jackets only exasperated those weaknesses. Quarterback James Blackman has been through all kinds of turnover, which can be detrimental to his growth. Still, his decision-making needs work and he just doesn’t have the capability to overcome all the protection issues.

There are a lot of problems with this Florida State offense. After scoring 10 points on their first two drives, the Seminoles tallied 137 yards and three points on their next nine possessions. That’s not just disappearing for a couple of series, that’s vanishing for more than three quarters of the game. Norvell inherited a bad situation and will have to work some magic this year, because these longstanding issues aren’t easily fixable. The defense may be enough to win some games, but Florida State is unlikely to win any shootouts this year.

Spare me the qualifiers. I know No. 5 Oklahoma played Missouri State — an overmatched FCS team coached by Bobby Petrino looking for his second rebound. But these are college football overreactions, after all, and Rattler looked like the real deal in his debut. The stat line was great, sure — 14-of-17 for 290 yards and 4 TDs in one half’s work — but that’s to be expected against a warm-up opponent. What is impressive is the arm talent. Take a look at this touchdown pass to Marvin Mims. It’s a flick of the wrist and that ball travels a good 50 yards in the air to his receiver in stride.

The opposing defense doesn’t matter. That is a perfect throw and it looked entirely effortless. That’s a physical gift that few quarterbacks at this level possess and Rattler looks like an ideal fit for Lincoln Riley’s offense. We’ll get to know more about Rattler as the year goes on, but he’s a special talent and Riley will get the absolute max out of him. He’ll put up ridiculous numbers and make his way to New York at some point in the next three years.

With only three Power Five conferences playing this fall — so far — the door has never been wider for a Group of Five team to slide into that No. 4 spot. Granted, that door is still mostly closed. But if there was ever going to be a year for an unbeaten team outside the power conferences to crash the party, this might be it. And after two big upsets over Big 12 teams — Louisiana over No. 23 Iowa State and Arkansas State over Kansas State — it might be time to take a closer look at the Sun Belt.

Arkansas State is already out of the conversation with a Week 1 loss to Memphis, but Louisiana now has a big win over a Power Five opponent. It’s the type of win you need to have in your back pocket if you’re going to make an outsider’s case. (And, to be clear, Louisiana needs to be undefeated and Iowa State needs to be very good while the rest of the college football landscape needs to be very weird. There are a lot of prerequisites.)

Regardless, the Sun Belt looks like a strong Group of Five conference at the top. Appalachian State, Arkansas State and Louisiana look legit, and one or two of them should, at the very least, battle for a spot in a New Year’s Six bowl … should we get that far.

True, Trevor Lawrence and Travis Etienne are great, but the story of No. 1 Clemson’s 37-13 win over Wake Forest was the Tigers’ youth movement along the defensive line. True freshmen Bryan Bresee and Myles Murphy were the two highest-rated players in Clemson’s 2020 class and they lived up to the hype in their debuts. Murphy led the team with seven tackles and two sacks, while Bresee had an assisted sack of his own. Redshirt sophomore K.J. Henry also made an impact with four tackles and sack.

While not starters, these players were in heavy rotation and disruptive along the trenches. The Tigers were preseason national championship favorites for a reason, but the depth they’ve built with young players ready to contribute right away should have opposing teams stressed out for a long time.

UNC isn’t the ACC’s darling — yet

Perhaps no team enjoyed their bowl bump from 2019 to 2020 like No. 18 North Carolina. The Tar Heels went 7-6 last year, nearly beat Clemson and drubbed Temple in the Military Bowl. But to hear it from others, you’d have figured Mack Brown’s team won 10 games, beat the Tigers and saved puppies from a burning building.

Saturday’s 31-6 win over Syracuse was decent, but it also showed this team isn’t quite the conference darling it was projected to be. Quarterback Sam Howell was under a lot of pressure and the plan seemed to try to force him to make a bunch of throws, especially early. The result: 295 yards passing and a touchdown (good) but also two interceptions (not good).

And the win was as much about Syracuse’s problems as anything else. The Orange had four trips inside the UNC 25-yard line … and left with six points. While North Carolina’s defense deserves credit, that was bad execution by Syracuse. Coming into the season, North Carolina was known more for what was coming back on offense. One game in, it would appear that side of the ball still needs some tinkering.

Special teams are going to be an adventure

They kind of already are in college, but lack of normal preparation is going to make them even more chaotic in 2020. On Saturday alone, there seemed to be more special teams blunders than normal — fitting, considering there’s nothing about the season that feels normal. From multiple blocked kicks to whiffed punts and giving up long touchdown returns, special teams took it on the chin across the country.

That was just a snapshot, by the way, and didn’t include everything that happened. In fact, Georgia Tech went on to have a third kick (an extra point) blocked while the Citadel’s punter suffered through his worst possible nightmare against South Florida.

Like everything else this season, the wrinkles should be ironed out over time. This is probably the result of a lack of preparation and continuity. But expect to see a lot of weird happenings in the meantime. 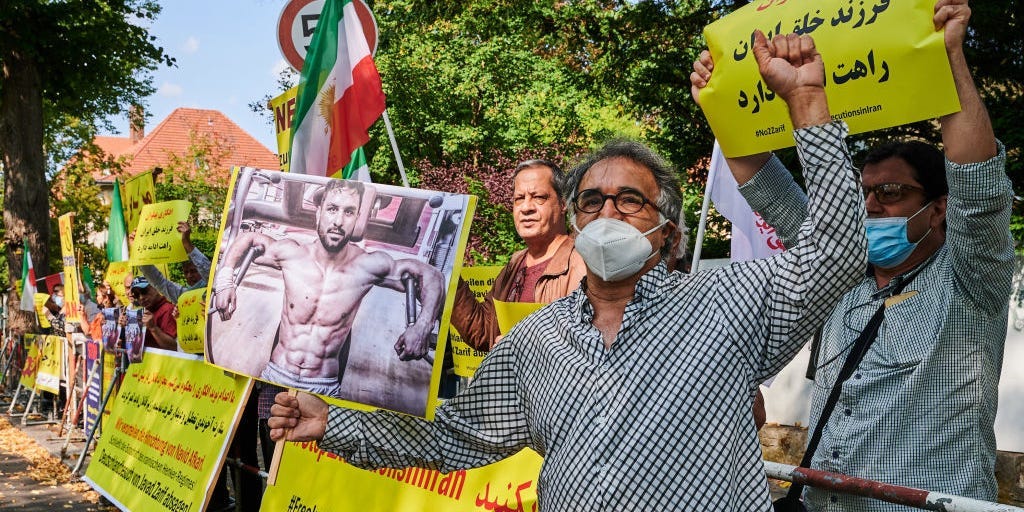