Facing the rest of her life behind bars, Ghislaine Maxwell has one option to significantly reduce the time she will be ordered to serve — flip on the big names who have been linked to Jeffrey Epstein.

Short of a surprise win on appeal — which the Maxwell family says they have already started — telling the true story behind Epstein’s friendships with the rich and famous could be her only chance of breathing free air again.

Showbiz figures including Kevin Spacey, 62, Woody Allen, 86, and Chris Tucker, 50, are also known to have been friends with him, but have never accused of impropriety.

Ghislaine Maxwell could start naming high-profile individuals connected to pedophile Jeffrey Epstein in exchange for a lighter sentence after being convicted of sex trafficking following her four-week trial. Pictured: Maxwell, super model Naomi Campbell, Donald and Melania Trump at the  Dolce & Gabbanna opening in NYC in 2002

Jeffrey Epstein forged a close relationship with President Bill Clinton in the early 90s, visiting him at the White House at least 17 times during his first term

After six days of deliberation, a jury of six men and six women found the British socialite guilty on five of six counts – all except enticing an individual under the age of 17 to travel to with intent to engage in illegal sex act

Maxwell may also be able to shed light on the relationship with billionaire Victoria’s Secret boss Les Wexner, whose patronage made Epstein, a former math and physics teacher, enormously wealthy.

But none have faced anything more than having their names tarnished by their association with the notorious pedophile who died of an apparent suicide while being held in federal custody in August 2019.

Maxwell, 60, is the only person who knows the full truth of whether any of those men were involved in anything more than hobnobbing with the charismatic millionaire — and telling all could be her only leverage to keep her out of prison until she is a very old woman.

Judge Alison Nathan has not set a date for Maxwell’s sentencing, so she has time to consider her strategy — but the now-convicted felon would have to convince the FBI that she is telling everything she knows about everyone to have any chance of winning time off her sentence.

Maxwell’s attorney Jeffrey Pagliuca said in 2019 that documents sealed in a civil case brought by one of Epstein’s main accusers, Virginia Giuffre contained ‘dozens if not hundreds’ of names.

Prince Andrew is among the high-profile figures to have been associated to Epstein, but denies any impropriety

The infamous photo of Virginia Roberts, Prince Andrew and Ghislaine Maxwell was taken at Maxwell’s home in Belgravia, London. Roberts has repeatedly claimed she was made to sleep with him, which the prince has ’emphatically’ denied

And some of these are the people who are now quaking in their boots at the thought that Maxwell’s only hope could be to rat them out.

Many of the men have already denied that their friendship with Epstein was anything more than that.

Prince Andrew, 61, has ’emphatically’ denied any relationship with Giuffre, who has repeatedly claimed she was made to sleep with him. He also said he does not recall a 2001 picture of the two of them together with his arm around her waist.

In an interview with the BBC he said he was at a Pizza Express on the night he is accused of going to Tramp nightclub in London with the then-teenager.

He has also tried to use a series of legal maneuvers to prevent a civil lawsuit that Giuffre, 38, has brought against him in her former home state of Colorado. On Wednesday his lawyers argued that as she now lives in Australia, the Colorado court has no jurisdiction.

Epstein is pictured above with Alan Dershowitz one of America’s best-known legal experts. Dershowitz, 83, has repeatedly threatened to sue any publication that reported Epstein accuser Virginia Roberts Giuffre’s claims that he sexually assaulted her

Showbiz figures including Woody Allen, 86, (pictured in 2013) have also known to have been friends with him

Donald Trump was pictured alongside Epstein and Maxwell at numerous events in the 1990s. The former president has denied any wrongdoing and later said he was ‘not a fan’ of the financier

Clinton and Trump, who are both 75, have also insisted they did nothing inappropriate. Trump, who called Epstein a ‘terrific guy’ who is ‘lots of fun to be with’ in 2002 changed his tune by 2019 and said he was ‘not a fan’ of his.

Dershowitz, 83, has repeatedly threatened to sue any publication that reported Giuffre’s claims that he sexually assaulted her.

He also countersued her saying her allegations were ‘lies, disparagement, defamation, harassment that are ‘beyond the bounds of decency and not tolerated in civilized society.’

Giuffre also accused Epstein and Maxwell of trafficking her to Richardson, 74. Richardson denied it, saying he had never seen Epstein with underage girls.

Former Maine senator Mitchell, 88, also denied ever meeting or speaking with Giuffre, after she accused him.

Wexner, 84, has never been accused of being anything more than Epstein’s principal benefactor.

Shortly before Epstein’s death he claimed the pedophile had ‘misappropriated vast sums of money’ from him and his family.

Epstein and Maxwell are seen on board Epstein’s plane with French modeling scout Jean-Luc Brunel. Brunel came under scrutiny for his close ties to Epstein and was arrested in 2020, charged with rape of minors by French prosecutors

Evidence photos showed Maxwell being affectionate and kissing the pedophile. Many have testified that they believed Epstein and Ghislaine were boyfriend and girlfriend

Former cabinet member and New Mexico governor Bill Richardson and L Brands founder Les Wexner, have also been linked to Epstein. Wexner, 84, has never been accused of being anything more than Epstein’s principal benefactor

There is also speculation that Maxwell may give a media interview in a bid to restore part of her image. One of her lawyers summoned ABC journalist James Hill over to talk to her on Wednesday, the final day of her month-long trial.

Hill, who won a Murrow Award for producing the podcast Truth and Lies: Jeffrey Epstein, appeared to introduce himself to Maxwell who smiled back and did the same.

They chatted for a few minutes before Hill returned to his seat on the press bench, moments before the judge came back into the courtroom in downtown Manhattan.

The bizarre interaction suggests that Maxwell could be lining up TV interviews in a bid to gain some sympathy before she learns her fate.

That carries a maximum of 40 years in federal prison.

Three of the other four guilty verdicts carry maximum sentences of five years, while the fourth has a top sentence of 10 years.

It is likely that Judge Nathan would sentence her to concurrent terms on the five charges. If she got the maximum sentence with time off for good behavior and time already served taken into account, she could be out by the time she is 93. 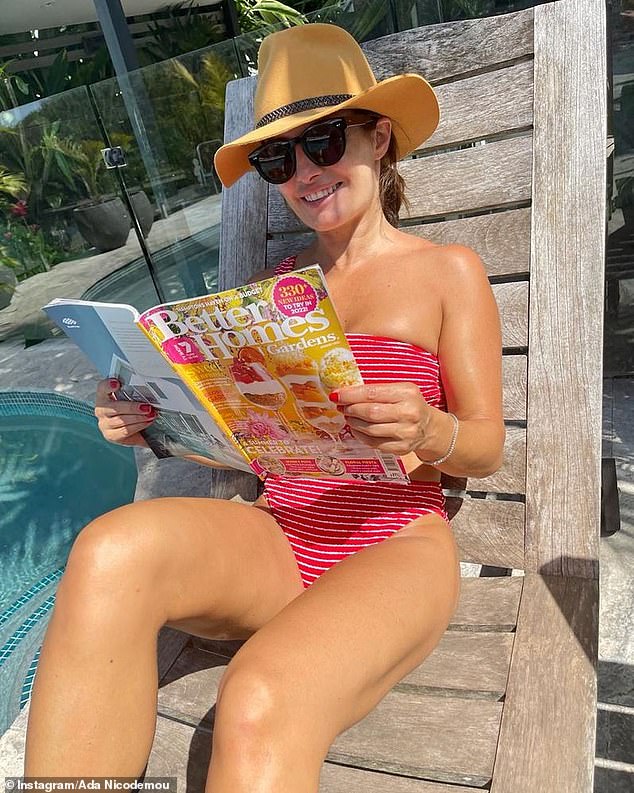 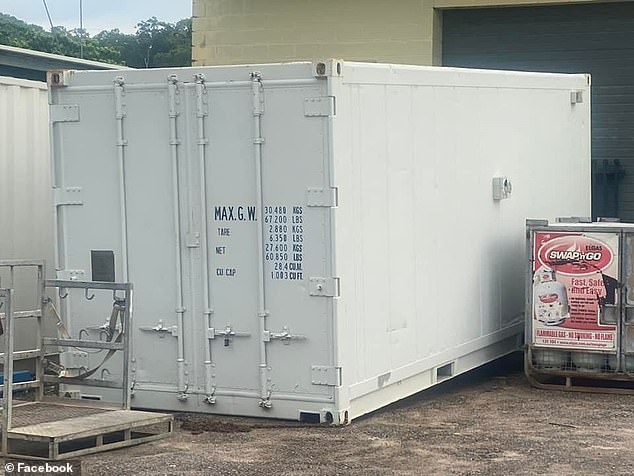