Healthy pregnant women are not more likely to fall seriously ill with Covid-19, a study suggests.

There were fears mothers-to-be would be more vulnerable to dying from the disease because their immune system is weaker during pregnancy.

But researchers have now quashed the concerns, after analysing data from 2million women from the UK, US and Sweden.

They found expectant mothers with no underlying conditions face no greater risk of developing severe Covid-19 than women who aren’t pregnant.

But, similar to what has been seen in the general population, pregnant women with existing health conditions, such as lung, heart or kidney disease and diabetes, were more likely to end up in hospital.

King’s College London academics, who led the research, said these women should be monitored more closely.

Scientists have yet to fully understand whether or not babies can catch the virus in the womb, despite evidence suggesting it is possible.

The Royal College of Obstetricians and Gynaecologists says every baby reported to have been diagnosed with Covid-19 shortly after birth was ‘well’.

It says: ‘Given current evidence, it is considered unlikely that if you have the virus it would cause problems with your baby’s development.’

And the body says: ‘There is no evidence to suggest an increased risk of miscarriage if you become infected with coronavirus and are pregnant.’

But because the virus has only existed for eight months, it’s still shrouded in mystery and experts can’t say for certain whether babies are at risk.

For example, researchers have yet to discover whether or not babies born to women who were seriously ill face a greater risk.

The pandemic has been a worrying time for pregnant women, who may have feared they were at an increased risk of catching the coronavirus.

In the early days of the pandemic, pregnant women in the UK were told to be extra stringent with social distancing and hand washing while scientists worked out if they were particularly susceptible to infection.

But since then the science has suggested otherwise, and that women are no more likely to be infected than women who are not pregnant.

For the new study, which has not yet been published in a journal, Dr Erika Molteni and colleagues analysed data from two groups of women.

WHAT EVIDENCE IS THERE BABIES CAN CATCH COVID-19 IN THE WOMB?

Babies may be at risk of catching the coronavirus from their mother during pregnancy, scientists have previously warned, but there is no clear proof.

In April, Chinese doctors published the case reports of four newborns who tested positive for the infection within a few days of a Caesarean delivery.

Three had been isolated as soon as they were born because their mothers had been diagnosed before birth. The fourth mother and baby tested positive a fortnight later.

The researchers said they ‘couldn’t rule out’ that the babies had picked up the virus while still in the womb via the placenta – however, there was no direct evidence of this.

It’s possible the babies contracted the killer virus from the hospital, but the odds were ‘low’ due to special infection control measures in place at the time, the scientists said.

Researchers from Italy said on July 9 that they had found signs of the virus in several samples of umbilical cord blood, the placenta and, in one case, breast milk when studying 31 women with Covid-19 who delivered babies in March and April.

In one case, ‘there’s strong evidence suggesting that the newborn was born already positive because we found the virus in the umbilical cord blood and in the placenta,’ said study leader, Dr Claudio Fenizia, an immunology specialist at the University of Milan.

In any case, the possibility of fetal infection seems relatively rare, he said. Two of the babies in the study had tested positive for Covid-19.

Days later, researchers from The University of Texas Southwestern Medical Center said a baby born with the coronavirus in Texas provided the ‘strongest evidence yet’ that the infection can be caught in the womb.

The unnamed girl was wheeled into intensive care as soon as she was born because her mother had been diagnosed with Covid-19, according to the report in The Pediatric Infectious Disease Journal.

She tested positive for the coronavirus the day after birth, and when scientists analysed her placenta, they found inflammation and traces of the coronavirus.

This proves that the baby caught the virus while in the womb rather than after she had been born, the team claimed.

The Royal College of OG says: ‘Emerging evidence suggests that transmission from mother to baby during pregnancy or birth (vertical transmission) is probable.’

This is when a disease passes from mother to baby during the period immediately before and after birth, for example across the placenta, in the breast milk, or through direct contact.

The college emphasised that in all reported cases of newborn babies developing coronavirus very soon after birth, the baby was fine.

And there is no evidence right now to suggest an increased risk of miscarriage.

Some babies born to women with symptoms of coronavirus have been born prematurely. It is unclear whether coronavirus caused this or the doctors made the decision for the baby to be born early because the woman was unwell.

The app has been downloaded by four million people in the UK who regularly update information about if they have symptoms of the virus or have had a Covid-19 test.

Some 629 pregnant women (4.5 per cent) were ‘suspected Covid-19 positive’ based on an algorithm that takes their reported symptoms into consideration.

Some 21 (0.15 per cent) were hospitalised for their condition around the time of their symptoms, suggesting severe disease.

The researchers compared this with data from 387,000 women who used the app but were not pregnant.

For the second part of the study, data was drawn from nearly 1.9million women who responded to the US-based Facebook COVID-19 Symptom Survey, led by the Carnegie Mellon Delphi Research Center.

Users specified if they had experienced a set of symptoms in the past 24 hours.

The team looked at survey responses from around 1.3million women, including nearly 42,000 of whom who said they were pregnant.

Hospital data was not available for the second cohort, meaning the researchers could not analyse severity of the disease between the groups.

The most common symptoms for pregnant women were similar to women who weren’t pregnant, including persistent cough, headache, loss of taste or smell (anosmia), chest pain, sore throat and fatigue.

But in both cohorts, there was an increased incidence of gastrointestinal symptoms, which could be mistaken for symptoms of the pregnancy itself, the doctors feared.

Some 78.2 per cent of pregnant women in the second group suffered nausea or vomiting, which are not considered key signs of Covid-19.

In the first group, pregnant women did not report a loss of appetite as much as women who were not pregnant.

Pregnant women reported being tested more frequently for coronavirus, which may be because they are more driven to get a test if they felt unwell.

Overall the findings show pregnant women were no more likely to report suspected Covid-19 and they had a similar duration of illness than those who weren’t pregnant.

They did not go to hospital more often. And analysis showed no difference in the severity of symptoms, measured on an index based on how many symptoms they reported.

But it’s important to note the study only looked at Covid-19 patients who show symptoms, and researchers know up to three-quarters of infected people do not show signs of the disease.

Pregnant women with existing health conditions, such as lung, heart or kidney disease and diabetes, were more likely to end up in hospital with Covid-19, similar to what has been seen for comparable groups in the general population.

Marc Modat, a senior lecturer at King’s College London said: ‘Our study highlights the power of gathering and analysing large-scale health data to understand how Covid-19 affects different groups within the population.

‘We need to encourage as many people as possible to use simple health technology like the COVID Symptom Study app to shed light on this new disease and monitor its progress over the months ahead.’

Dr Molteni said: ‘Although our findings should be reassuring for healthy women who are pregnant at this time, it highlights the importance of protecting those with underlying health conditions and keeping a close eye on them during their pregnancy, particularly if they start showing symptoms of COVID-19.

‘It’s vital that we all keep taking steps to protect the health of everyone in our communities by sticking to social distancing guidelines, wearing face coverings in public and following good hand hygiene practices.’

The study, published as a pre-print paper online, did not look at the outcomes for the babies of the pregnant women in the study who did have Covid-19.

But they noted preterm birth, Cesarean delivery, and stillbirth may be more frequent if a women catches the coronavirus.

Some babies born to women with symptoms of coronavirus have been born prematurely. It is unclear whether coronavirus caused this or the doctors made the decision for the baby to be born early because the woman was unwell.

The baby may also catch the virus during birth or after being born, as transmission from the mother to baby in the womb is ‘possible’.

For a long time, scientists said the transmission of the virus through the placenta ‘cannot be ruled out’ after reports of newborns being born with Covid-19.

But in July, a baby born with the coronavirus in Texas provided the ‘strongest evidence yet’ that the infection can be caught in the womb, doctors said.

The unnamed girl was wheeled into intensive care as soon as she was born because her mother had been diagnosed with Covid-19, according to the report in The Pediatric Infectious Disease Journal.

She tested positive for the coronavirus the day after birth, and when scientists analysed her placenta, they found inflammation and traces of the coronavirus.

This proves that the baby caught the virus while in the womb rather than after she had been born, the team claimed.

Italian experts also found ‘strong evidence’ of transmission in the womb after studying 31 women with Covid-19 who gave birth between March and April.

Two babies tested positive for the virus. Researchers found signs of the coronavirus in several samples of umbilical cord blood, the placenta and, in one case, breast milk. 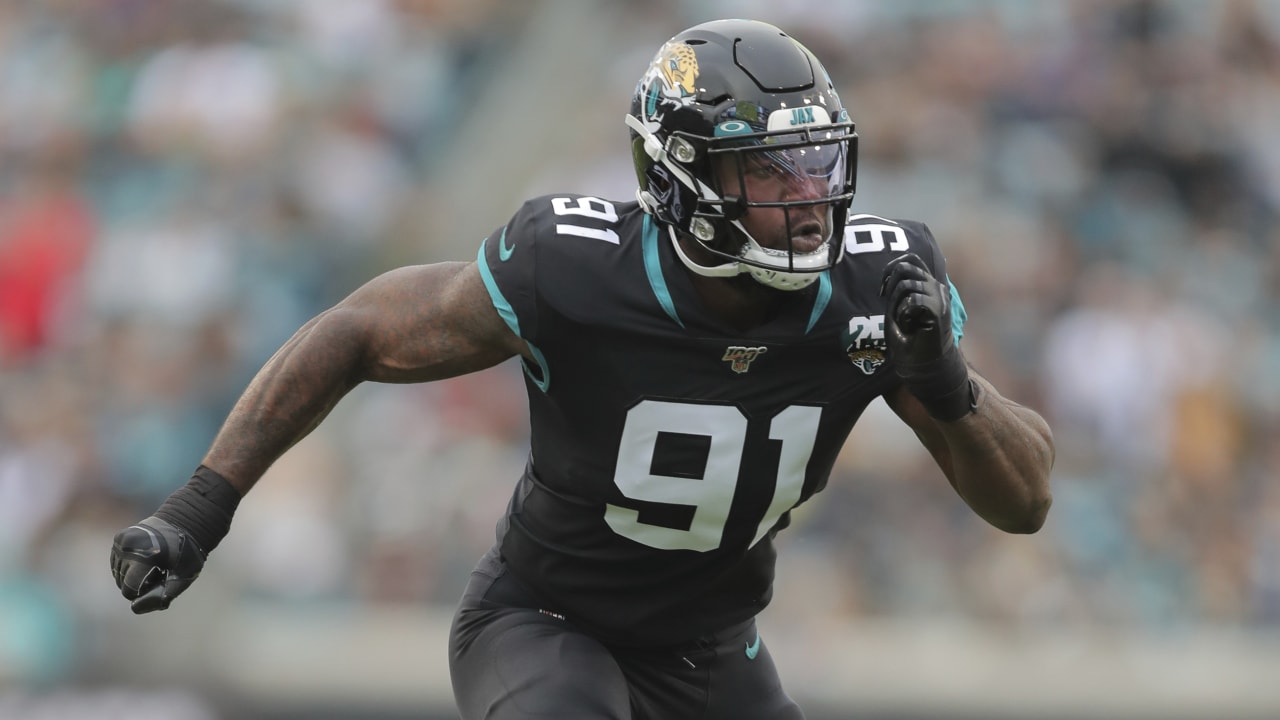