Arrival caps limiting the number of Australians who can enter the country are set to increase, giving hope to Aussies who are stranded overseas.

Deputy Prime Minister Michael McCormack on Wednesday announced he is lifting the weekly cap from 4,000 to 6,000.

He has written to state premiers telling them that their international arrival caps are increasing ‘as soon as possible.’

Asked what would happen if any premier refuses to take more passengers, he said: ‘They will comply’.

Sheree Richardson, from Perth, and her three young children were forced to sleep on the floor of London’s Heathrow airport for three days after being bumped from flights because of coronavirus travel caps

However, Mr McCormack warned that some Australians will still be left stranded because the caps are needed to protect the hotel quarantine system.

‘Not every Australian will be able to get home by Christmas, I have always said that,’ he said.

He said he would consider using federal facilities such as Howard springs but hotel quarantine is preferred at the moment.

More than 25,000 Aussies are struggling to get home from countries including the UK, India and the Philippines because strict limits on the number who can enter Australia have led airlines to cancel flights.

Opposition Leader Anthony Albanese wants the prime minister to bring them home this month and has suggested using RAAF planes to help them.

The prime minister’s private jet, which he named Shark One after his NRL team the Cronulla Sharks, is a converted Qantas A330 that was upgraded for a reported $250million in 2019.

‘There’s something very practical that he can do because the RAAF VIP fleet is largely sitting idle,’ he told reporters on Tuesday.

‘We’re hearing stories that are flooding electorate offices around the country, of desperate people. We have a woman with a one-year-old child told to go to a homeless shelter,’ he said.

Named ‘Shark One’ after Mr Morrison’s beloved NRL team the Cronulla Sharks, the KC30-A tanker is a welcome improvement for the PM and his entourage and can now travel from Australia to Russia in a single voyage.

The plane is a previous Qantas and Jetstar commercial A330, which was bought in 2015 by Airbus and modified by Airbus into a freighter and air-to-air refueller.

Shark One has a customised interior, and can comfortably carry more than 100 passengers in a lie-flat configuration.

‘We have women who are about to give birth, desperate to get home. The government has access to these planes.’

Mr Albanese said the RAAF planes are flying around empty as pilots train and they could be used for rescue flights to ‘bring home one hundred at a time from Europe.’

He also said the government should pay Qantas and Virgin to fly people home.

‘It is simply unacceptable that the Prime Minister continues to say that there’s nothing he can do about it and he hopes to have these families home by Christmas.

‘Well, I think those who are desperate to get home should be brought home in September,’ he said.

The government is working with states and territories to increase the arrival caps which have led airlines to only offer first and business class seats to minimise losses.

The caps were brought in to ease pressure on states’ hotel quarantine systems – but Mr Albanese said the government could use federal facilities.

He said: ‘The only thing that is missing here isn’t hotel space, it’s leadership.’

Western Australia has joined calls for a federal quarantine facility for returning Australians after the Northern Territory said it was open to more international arrivals being housed near Darwin.

But Australian Border Force Commissioner Michael Outram said the proposal was not possible.

Early in the coronavirus pandemic, the federal government established quarantine centres on Christmas Island and at Howard Springs in the NT to house people returning from China and Japan.

Christmas Island is now being used as a detention facility.

He said the doctors, nurses and allied health staff were drawn from the states and territories.

‘At the moment the AUSMAT capability, I imagine, would be pretty stretched because of the need for the states and territories to be running their own health services, plus other things going on around the pandemic.’

Mr Outram said the ABF was working with the states to maximise hotel quarantine capacity, with about 12,000 beds available at any one time.

‘But it’s not enough if I’m being honest,’ he said.

‘As long as the caps remain with the hotel quarantine in place it’s going to be difficult to envision a situation where the airlines will start bringing more passengers.’

Canberra, Darwin – passenger limits on each flight to be discussed with jurisdictions on a case-by-case basis;

‘It is Peter Dutton’s responsibility under the constitution to ensure that citizens can cross the border and can come home. And if they need quarantine, then that is a federal responsibility,’ she told the ABC on Monday.

‘Let’s remember, at the beginning of this health pandemic, the Commonwealth brought people home from Wuhan, and from the Diamond Princess cruise ship in Japan, they quarantined them in federal quarantine facilities.

‘Now, if the Commonwealth Government is serious about getting a stranded Australian home, they need to step up, show leadership, put a plan in place.’

Senator Keneally said if she were in power it would be her ‘number one priority’ to bring home 3,500 overseas Australians who are medically or financially vulnerable.

Speaking on ABC show Insiders on Sunday, Home Affairs Minister Peter Dutton said he ‘would be happy to double the number of people tomorrow’ if states agreed.

She added: ‘Is he a minister, or is he a mouse? Take a plan forward. Come up with a plan to get these stranded Australians home.’

Health Minister Greg Hunt said: ‘If we can lift hotel quarantine numbers, we can increase the number of Australians that can return home.

‘We are working constructively with the states to that effect.

‘We want to ensure that every Australian that wants to come home is home by Christmas.’

Australians trying to get home have said they were forced to buy business class tickets on planes with just 30 passengers. Here a child plays in the completely empty economy section 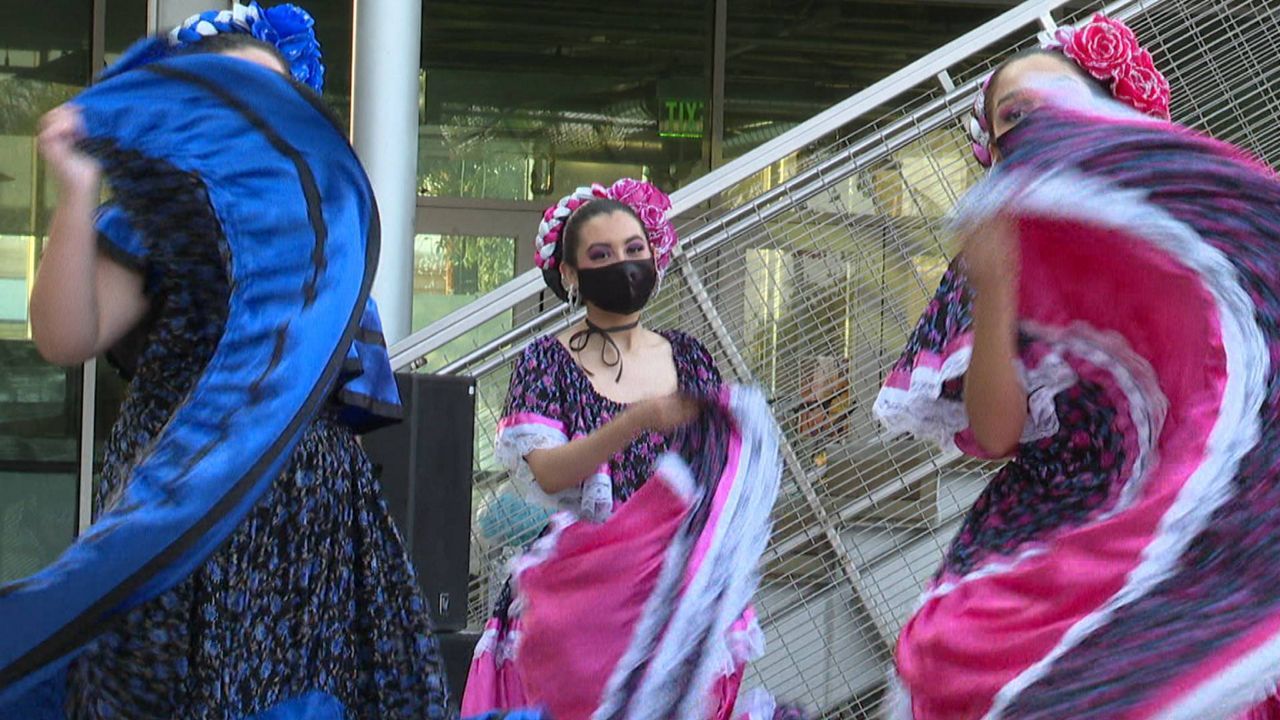