Kate Beckinsale paid tribute to Freddie Mercury on Instagram on Monday when she put on a wig and a fake moustache to recreate Queen’s I Want To Break Free video.

The 46-year-old wore a pink top, leather skirt and stockings and platforms  as she danced around the room, hoover in hand, while lip synching to the 1984 track.

She shared two videos to celebrate Pride weekend and Kate captioned the video with the words: ‘Happy Pride❤️ …from our social distancing asses to yours ❤️ @markusmolinari @jsauluck @bscan #queen #iwanttobreakfree.’

Homage: Kate Beckinsale wore a wig and a fake moustache to pay tribute to Freddie Mercury as she recreated Queen’s I Want To Break Free video for Pride on Monday

Queen rocker Brian May once revealed the Coronation Street was the inspiration behind the video which was produced by David Mallett and cost £100k to make.

Sadly, despite its success, MTV banned it from being shown in north America because of the cross-dressing.

May told Terry Gross in 2010: ‘[It] was a pastiche of an English soap called Coronation Street, and we dressed up as the characters in that soap, and they were female characters.

Spot the difference: Kate recreated Freddie’s pink top and leather skirt as she lip synched along to the track

Recreating: MTV banned the video in north America in 1984 because they thought it encouraged cross-dressing but the band said they were inspired by Coronation Street

Going for it: Kate looked like she was having lots of fun as she recreated the video (left)

‘So we’re dressing up as girls, as women, and we had a fantastic laugh doing it. It was hilarious to do it. And all around the world people laughed and they got the joke and they sort of understood it.

‘I remember being on the promo tour in the Midwest of America and people’s faces turning ashen and they would say, no, we can’t play this. We can’t possibly play this. You know, it looks homosexual. And I went, so? But it was a huge deal.’

Freddie sadly passed away in November 1991 from bronchial pneumonia due to AIDS-related complications.

Meanwhile, Kate has been spending lockdown with her new boyfriend, musician Goody Grace, 23,

Getting involved: Kate’s friends also starred in the video which naturally had lots of outtakes

Hit me baby… oh I mean… life still goes on: One looked like he was recreating a Britney Spears video

The couple debuted their romance during lockdown just a few months ago, and have already declared their love for one another.

The L-word has already been said on Instagram, after Kate wished her beau a happy birthday.

‘Happy birthday I love you,’ Kate wrote, along with a heart emojis.

Goody replied, ‘I love you.’

Kate and the hitmaker were first seen holding hands together in early April, though sources told People at the time that the two had already been together for months.

Birthday bash: Meanwhile, Kate attempted to make beau Goody Grace’s 23rd birthday as memorable as possible by throwing a socially-distanced party at her home on Friday

In love: Beckinsale also took to Goody’s Instagram page to wish him a Happy Birthday and to publicly declare her ‘love’ for him 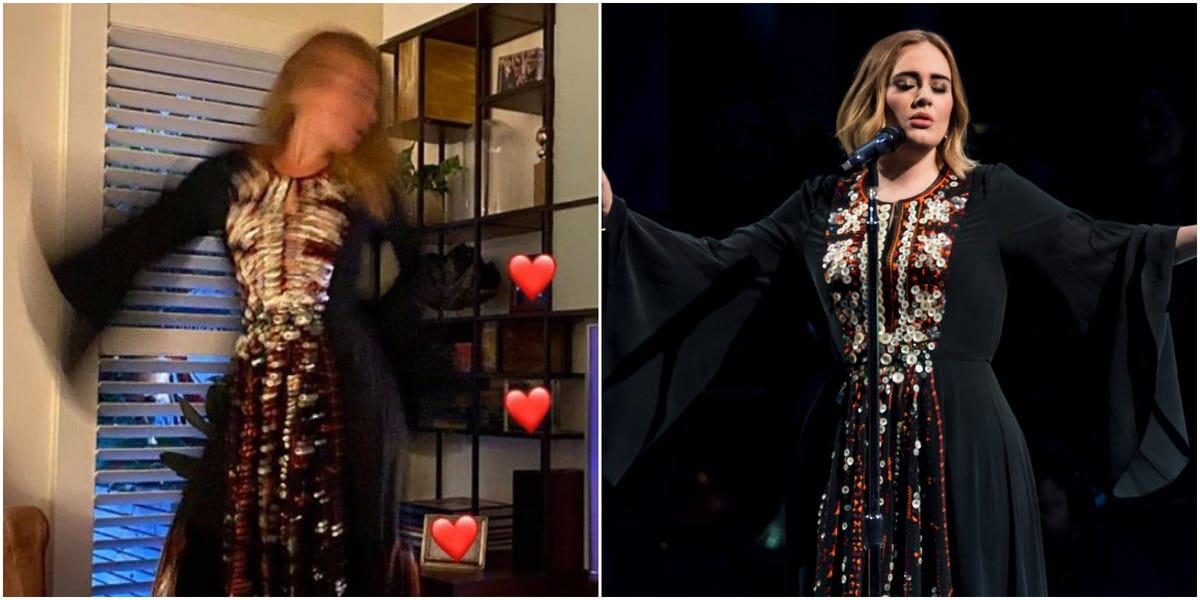