The gaunt, other-worldly figure of Julian Assange will loom from behind a perspex screen at the start of a four-week Old Bailey hearing tomorrow that is likely to determine his fate.

Two courtrooms have been set aside for the proceedings. Much about the Assange case is oversized, not least the cost – put at tens of millions of pounds – and the sentence he faces of 175 years, should a district judge grant his extradition to the United States. Outside the court, supporters are expected to gather to deliver impassioned speeches, raise their fists in solidarity and cry: ‘Free Assange.’

One woman, Stella Morris, has been the most vocal supporter of the WikiLeaks founder, who faces 18 charges in America. These include conspiring to hack government computers and violating espionage law after he published a series of leaks in 2010 from former US Army intelligence analyst Chelsea Manning that Washington claims endangered the lives of US agents.

The Mail on Sunday revealed in April that Ms Morris, 37, is the mother of two children fathered by Assange while he was holed up in the Ecuadorian embassy in London. She believes he will face a show trial in the US if he is extradited.

‘It is heartbreaking to think that if Julian is extradited and put in a US supermax prison, the boys will never get to know their father and he will never see them grow up,’ she said. ‘It’s not Julian in the prison. It’s the kids that are being deprived of their father. It’s me that’s being deprived.’

Even those with a passing knowledge of the Assange case have a view. Many consider the 49-year-old to be a hero who exposed state wrongdoing, but others see a creepy megalomaniac who betrayed secrets, put lives at risk, outstayed his embassy welcome and deserves everything he gets.

Julian Assange (left) is pictured with his son Gabriel (right). Gabriel’s mother Ms Morris thinks Assange will face a show trial if he is extradited to the US

If Julian Assange is convicted in the US he is expected to be locked up in a jail dubbed the Alcatraz of the Rockies.

Amnesty International calls the conditions inhumane while others describe a ‘high-tech version of Hell, designed to shut down all sensory perception’, and ‘a place worse than the death penalty’. The complex, which houses 400 prisoners, is guarded by gun towers, armed patrols and dogs.

Inmates there include Mexican drug lord Joaquin ‘El Chapo’ Guzman and Zacarias Moussaoui, jailed for conspiring to kill in the 9/11 attacks.

Assange faces trial in Virginia. Former CIA officer John Kiriakou, who exposed its use of waterboarding, was convicted in the state, where the agency is based, of disclosing the name of another officer. He said: ‘It’s impossible for Julian to receive a fair trial.’

They will perhaps have little sympathy for Ms Morris, but she asks them to consider ‘bigger issues’, saying: ‘Julian’s case has huge repercussions for freedom of expression and freedom of the press. This is an attack on journalism … If he is extradited to the US for publishing inconvenient truths about the wars in Iraq and Afghanistan, then it will set a precedent and any British journalist or publisher could also be extradited in the future.’ Assange’s lawyers believe that by charging him under the century-old Espionage Act, the Trump administration has set a dangerous precedent.

The law bans the publication of government secrets and offers no protections to the press under the First Amendment, which guarantees freedom of speech.

In other words, says his defence team, US criminal laws apply abroad but its constitutional protections do not – meaning journalists anywhere in the world risk US prosecution if they publish something the US government considers to be in violation of its laws.

The Obama administration debated using the Espionage Act against Assange but ultimately decided against it.

President Trump, however, has long fought a war against the press – which he considers the ‘enemy of the people’ – and has no such qualms. His Justice Department believes the hacked material was published without regard for the safety of people named in the documents and so Assange does not fit the definition of a journalist.

Ms Morris said: ‘There have been so many abuses of the legal process throughout the case, including spurious new charges being introduced at the last minute, even though the hearing began in February, and it should be thrown out for that reason alone.

‘But there are also fundamental legal reasons why the extradition should be blocked. This is a political act by the Trump government and Julian is accused of a political offence, which is outside the terms of the UK-US extradition treaty.

‘Anyone who cares about freedom of expression and freedom of the press should support Julian’s fight against extradition.’

Others believe the case brings into sharp relief the problems of our relationship with the US. The extradition treaty says the Home Secretary ‘must’ process the request but US prosecutors have no requirement to prove their case beyond stating ‘reasonable suspicion’.

Last night, Assange’s father, John Shipton, said: ‘The UK judiciary’s authority has been usurped by the US Justice Department.’ 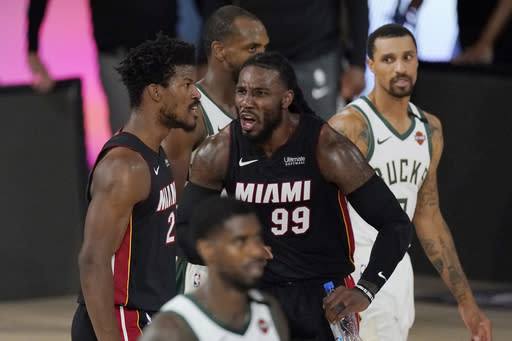