A new mobile app called Quibi that features ten-minute original shows and films may fall flat on its face because it can’t be viewed on TVs.

Users are criticizing the service because they want to watch it on big screens in their homes during the coronavirus lock-down but can’t.

Quibi has had $2.75bn of investment – which now looks in jeopardy – and features short but high quality content from big name stars and directors.

Shows include a Judge Judy-style series starring Chrissy Tiegen and one in which Chris Hemsworth plays a terminally-ill man. Spielberg is also working on a fright program that is being billed as a series that can only be watched at night. 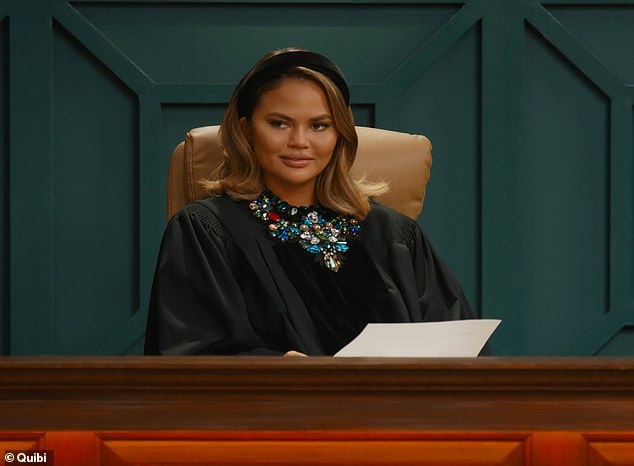 Quibi’s original content includes ‘Chrissy’s Court’, which features model and television personality Chrissy Tiegen as a judge presiding over her own courtroom using style and humor to decide real-life cases 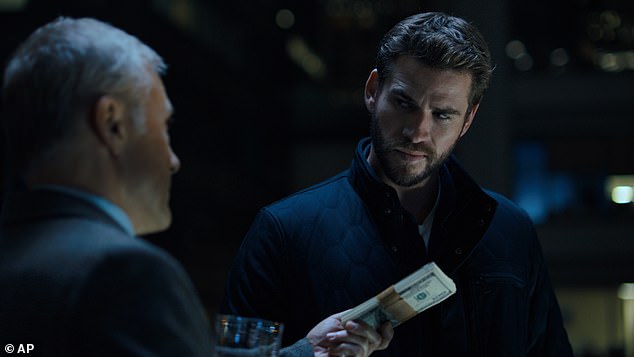 Quibi’s kick off features a total of 51 shows, broken down into three categories:

‘Movies in Chapters’, which are films broken up into 7-10 minute episodes. ‘Unscripted and Documentary Series’ and ‘Daily Essentials’, which are small 5 to 6 minute news and entertainment features, similar to what’s found on YouTube.

His approach with the app is to deliver content much like today’s novels, with shorter chapters, to help lure users. 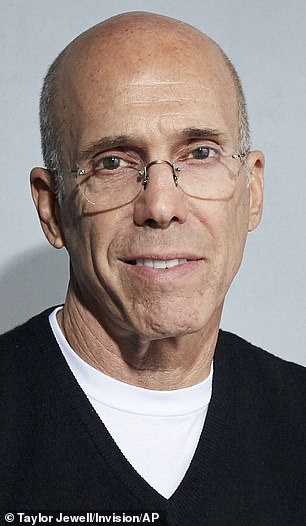 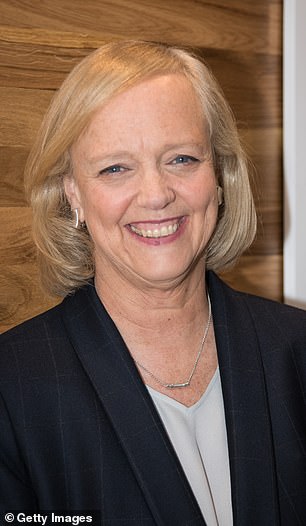 Quibi was co-founded by film producer Jeffrey Katzenberg (left), who came up with the idea for the app as YouTube and streaming video content became popular, and former Hewlett Packard CEO Meg Whitman (right)

The 69-year-old Katzenberg, a giant in the animation and film industry, has helmed the Paramount and Disney film studios.

He also brought pioneering computer animator Pixar to Disney, and is a cofounder of animation powerhouse Dreamworks.

Whitman, 63, in addition to previously leading computer maker Hewlett Packard, serves on the boards of Procter & Gamble and Dropbox.

She also served as a senior member of Mitt Romney’s presidential campaigns in 2008 and 2012, ran for governor of California as a Republican in 2010, but threw her support behind Democrat Hillary Clinton in the 2016 presidential election.

The costs for subscribing to Quibi are $4.99 with ads and $7.99 without, which are competitive with rivals Netflix, Amazon and Hulu. But those services are available on both mobile devices and smart televisions.

Even Disney, which was among backers NBCUniversal and Viacom, during a first round of fundraising that raised $1 billion in 2018, has its owns streaming service, Disney Plus, which plays on phones, tablets and TVs.

Among the first Quibi users Monday, some immediately noted, while in quarantine because of COVID-19, that they couldn’t watch the app’s shows on their TVs.

Ross Geller tweeted that ‘it would be wise to allow TV or else playback via HDMI. It’s a shame to be limited by teh size of the phone screen.’

Another Twitter user who goes by @CherHorowitz05 complained similarly and added, ‘Is this s–t for real? I don’t even want it for free now.’

A Twitter user who goes by @AlatvistaGoogle took issue with paying for a new app during the outbreak saying, ‘What were you thinking? Adapt the the business model and allow access during the pandemic.’

Ross Geller after trying Quibi tweeted that ‘it would be wise to allow TV or else playback via HDMI. It’s a shame to be limited by the size of the phone screen’

A Twitter user who goes by @CherHorowitz05 complained about the app being only for phones saying, ‘Is this s–t for real? I don’t even want it for free now’

A Twitter user who goes by @AlatvistaGoogle took issue with paying for Quibi during the coronavirus outbreak saying, ‘What were you thinking? Adapt the the business model and allow access during the pandemic’

How much Quibi has in its coffers is not exactly known.

Jeffrey Katzenberg, 69, is a New York City native who became a giant in the animation and film industry.

He was only 31 when he was named president of Paramount Pictures, and would go on to become chairman of Walt Disney Studios two years later. Under his leadership, Disney produced its classics The Little Mermaid, Aladdin, and The Lion King.

In 1994, he teamed up with Steven Spielberg and David Geffen to start Dream Works SKG, the animation studio which would deliver hits like Shrek and Kung Fu Panda.

He has been married to Marilyn Siege since 1975 and has two children.

Whitman, 63, is a native of Cold Spring Harbor, a hamlet of Huntington, New York.

In addition to previously leading computer maker Hewlett Packard, she serves on the boards of Procter & Gamble and Dropbox.

She also served as a senior member of Mitt Romney’s presidential campaigns in 2008 and 2012, ran for governor of California as a Republican in 2010, but threw her support behind Democrat Hillary Clinton in the 2016 presidential election.

She is married to Griffith Harsh, a neurosurgeon, and has two children.

The app reportedly raised at least $2 billion in seed money from investors before any content was shot, reports the Verge.

Quibi also announced another $750 million was brought in during a second round of fundraising that closed earlier this month, reports Fox News.

That means the app bank-rolled the launch with almost $3 billion.

By comparison, Netflix has $17.3 billion in cash on hand to spend on original and licensed shows this year, according to an estimate from BMO Capital Markets analysts, reports the Motley Fool.

With its investment, Quibi’s has content ready to match other streaming services.

One new show, Chrissy’s Court, features model and television personality Chrissy Tiegen as a judge presiding over her own courtroom using style and humor to decide real-life cases.

In the thriller ‘Most Serious Game,’ was singled out by Hollywood Reporter Television critic Daniel Feinberg as ‘completely watchable and the structure sometimes feels episodically effective,’ which should prove well for a program that’s broken up into ten-minute segments.

The show stars Chris Hemsworth playing a terminally-ill man willing to do anything to make sure his pregnant wife is taken care, including playing a deadly game of cat and mouse.

Spielberg, meanwhile, has been working on an episodic program that works under the premise that it can only be watched at night.

Katzenberg, who spoke of the Spielberg project to Variety in June, said at the time he had already ‘written five or six episodes’ of a 10- or 12-chapter story.

The program is being developed under the title ‘Spielberg’s After Dark.’

The story of two survivors of a plane crash on a mountain who must work together as they battle the elements and personal demons to make it back home. The program is based on the Alex Morel novel and was given a ‘watch it’ rating by Hollywood Reporter television critic Daniel Feinberg

‘Flipped’ – a comedy starring Will Forte and Kaitlin Olson

A chronically underemployed couple wants to become the next great home renovation show duo on television until they run are kidnapped by a drug cartel and find themselves having to work on the homes of cartel members (Andy Garcia, Eva Longoria, and Broad City’s Arturo Castro)

The series follows two pool-cleaning company workers as they seek out ‘the perfect tan, the perfect vibe, and the perfect mix of bromine and chlorine’ for pool cleaning. Based on a short film, the show has been called a ‘Californian Napoleon Dynamite’.

The Stranger – written and directed by Veena Sud (The Killing)

A mysterious Hollywood Hills rideshare passenger (Dane DeHaan) joins a young driver (Maika Monroe) on a 12-hour trip into the seedy underbelly of Los Angeles in a spine-chilling game of predator and prey.

A drama Katzenberg pitched as a modern twist on the ‘1970s classic film ‘Dog Day Afternoon’. Stephan James (Homecoming) stars as Rayshawn, a veteran who has returned from the Iraq war and takes shelter in his apartment building after a botched drug deal. Laurence Fishburne (The Matrix) plays a sympathetic cop during the eventual police standoff.

This horror series produced by Raimi draws inspiration from the folklore of the U.S. states. Rachel Brosnahan, Christina Ricci, Ming-Na Wen and others star.

This comedy follows an aspiring writer and her boyfriend’s sex doll. The show, originally written as a television pilot, has been developed into a film script, which is being segmented into episodes for Quibi.