NYPD officer, Baimadajie Angwang (pictured), was arrested on Monday for allegedly acting as an illegal agent for China

The New York City police officer who has been accused of acting as an illegal agent for China, reportedly raised suspicions at a Tibetan New Year party last year that was attended by Rep Alexandria Ocasio-Cortez.

Baimadajie Angwang was arrested on Monday at his home in Nassau County, Long Island.

Angwang, who was born in Tibet, an autonomous region of China, has been suspended from the NYPD’s 111th precinct in Queens.

The 33-year-old also serves in the US Army Reserve where he holds the rank of staff sergeant. He’s stationed at Fort Dix, New Jersey in an Airborne Civil Affairs battalion.

It was revealed later on Tuesday that Angwang raised suspicions of his alleged illegal activity while at a party attended by Ocasio-Cortez in February 2019.

A photo shared by Ocasio-Cortez at the time, shows her sitting next to Angwang and a woman holding a child at a table inside a Woodside, Queens community center.

‘This little one and I were playing with giving each other Tibetan white scarves, or Khatas, which are auspicious tokens given to honor others on holidays and special occasions. We had so much fun!’ she added.

Sonam Gyephel, a former president of the Tibetan Community of NY & NJ, told the New York Post that the group became suspicious of Angwang and ‘cut off the relationship’ with him after the event.

Gyephel didn’t say what exactly alerted members to raise suspicions, but he did say: ‘We didn’t give any information to him, any documents, nothing.’

It was revealed later on Tuesday that Angwang raised suspicions of his alleged illegal activity while at a party attended by AOC in February 2019. A photo shared by AOC at the time, shows her sitting with Angwang and a woman holding a child at the Woodside, Queens, event

According to a criminal complaint, Angwang (pictured) was secretly supervised by handlers from the Chinese consulate in New York since at least 2014


Aangwang is being held without bail in federal detention. During a brief hearing held remotely late Monday afternoon, Magistrate Judge Roanne L. Mann read the charges aloud and asked whether Aangwang understood them. ‘

‘Yes, your honor,’ he said. Aangwang, who is being represented by defense lawyer John Carman, offered no additional comments. The judge ordered him detained pending a bail hearing that she said will be held in the ‘near future’.

According to a criminal complaint, Angwang was secretly supervised by handlers from the Chinese consulate in New York since at least 2014.

Authorities said Angwang, despite being born in Tibet himself and claiming he had been arrested and tortured in China, ‘reported to the Consulate on the activities of ethnic Tibetans, and others, in the New York metropolitan area’.

He also was expected to provide consulate officials ‘access to senior NYPD officials through invitations to official NYPD events,’ they add.

According to the complaint, he allegedly began to devise a plan to ‘defraud the US Department of Defense, and to obtain money and property from the US’ in May 2019.

The complaint claims that Angwang ‘did knowingly act in the United States as an agent of a foreign government’ and ‘without prior notification to the Attorney General of the United States, as required by law’.

One of the PRC Consular officials at whose direction Angwang acted worked for the China Association for Preservation and Development of Tibetan Culture, a division of the PRC’s United Front Work Department, according to investigators.

That department is responsible for neutralizing potential opponents of the PRC and co-opting ethnic Chinese individuals living outside the PRC.

Angwang (left, in October 2018) has been charged with acting as an agent for China without prior notification to the Attorney General, committing wire fraud, making false statements and and obstructing an official proceeding

Following his arrest, China called the allegations ‘pure fabrication’ that is a part of a US plot to smear Chinese diplomats in the United States.

Chinese foreign ministry spokesperson Wang Wenbin on Tuesday said the indictment against Angwang was full of hedging terms such as ‘seems’ and ‘possibly,’ giving the appearance that prosecutors were straining to make their case.

‘The relevant accusations made by the US side are pure fabrication,’ Wang told reporters at a daily briefing.

‘The US plot to discredit the Chinese Consulate and personnel in the United States will not succeed.’

There was no allegation that Angwang compromised national security or New York Police Department operations. Still, he was considered ‘the definition of an insider threat,’ William Sweeney, head of the FBI’s New York office, said in a statement Monday.

It was also revealed on Tuesday that Angwang reportedly exaggerated his military service record.

Last November, Angwang was honored during a celebration of veterans held by the Police Benevolent Association.

‘The PBA honored its veterans at today’s delegates meeting with PO Baimadajie Angwang presenting the colors. PO Angwang is a Sgt. in the USMC and served 1 tour in Iraq and 2 tours in Afghanistan,’ a now-deleted post reads, according to the New York Post.

But the USMC confirmed that Angwang only served one tour in Afghanistan for Operation Enduring Freedom between July 2013 and February 2014.

There were no records of a second Afghanistan tour or a tour in Iraq, the USMC told the Post.

Investigators have also charged Angwang with making false statements. As part of his job in the Army Reserve, Angwang holds a ‘Secret’ level security clearance.

Court documents show that in 2019, Angwang completed and electronically submitted a background investigation form on which he is accused of lying.

Angwang allegedly lied on the form by denying that he had contacts with a foreign government or its consulate.

He is also said to have denied that he had close contacts with foreign nationals, including his family members who live in China, some of whom are affiliated with the People’s Liberation Army (PLA).

The investigation revealed that Angwang has ‘financial ties with his family members’ in China. Authorities said Angwang wired $100,000 from a US bank to a PRC bank account in his brother’s name.

A month later, Angwang reportedly wired $50,000 from a different US bank account to a PRC account held in the name of another individual.

Authorities said he ‘initially traveled to the United States on a cultural exchange visa’.

The complaint claims he ‘overstayed a second visa and eventually sought asylum in the United States on he basis that he had allegedly been arrested and tortured’ in China.

But according to a detention memo filed on Monday by the US Attorney’s Office for the Eastern District of New York, an investigation found that ‘Angwang has traveled back to the PRC on numerous occasion since his asylum application was granted’.

‘These are not the actions of an individual who fears torture or persecution at the hands of the PRC, thus showing that his U.S. citizenship was secured through false pretenses,’ the document says.

An advocacy group, International Campaign for Tibet, said in a statement that the arrest shows that the ‘Chinese Communist Party is engaged in malign operations to suppress dissent, not only in Tibet … but any place in the world where Tibetans are free to express themselves’.

Troops sent by China’s ruling Communists occupied Tibet in 1950 and Beijing claims the Himalayan region has been Chinese territory for centuries.

Many Tibetans say they were effectively independent for much of that time and accuse China of trying to wipe out Tibet’s unique Buddhist culture and language while exploiting its natural resources and encouraging Chinese to move there from other parts of the country.

In a statement, Police Commissioner Dermot Shea, told DailyMail.com: ‘As alleged in this federal complaint, Baimadajie Angwang violated every oath he took in this country.

‘One to the United States, another to the US Army, and a third to this Police Department.

‘From the earliest stages of this investigation, the NYPD’s Intelligence and Internal Affairs bureaus worked closely with the FBI’s Counterintelligence Division to make sure this individual would be brought to justice.’

Shea said Angwang has been suspended without pay.

Acting United States Attorney Seth DuCharme said in a statement: ‘The defendant allegedly violated his sworn oath to serve the New York City community and defend the Constitution against all enemies by reporting to PRC government officials about the activities of Chinese citizens in the New York area and developing intelligence sources within the Tibetan community in the United States.’

Angwang has been charged with acting as an agent for China without prior notification to the Attorney General, committing wire fraud, making false statements and and obstructing an official proceeding. 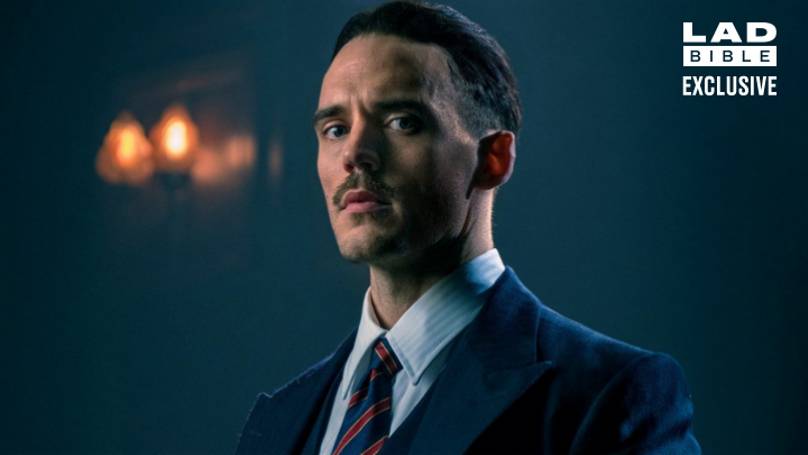