Toots Hibbert, whose glorious songcraft as frontman of Toots and the Maytals helped make reggae globally famous, has died aged 77.

A statement from his family on Saturday read: “It is with the heaviest of hearts to announce that Frederick Nathaniel “Toots” Hibbert passed away peacefully tonight, surrounded by his family at the University Hospital of the West Indies in Kingston, Jamaica.

“The family and his management team would like to thank the medical teams and professionals for their care and diligence, and ask that you respect their privacy during their time of grief.”

He had been receiving treatment at a private hospital in Kingston, Jamaica.

With his full-throated, anthemically soulful vocals and multi-instrumentalist talent, Hibbert made songs like Pressure Drop, Monkey Man, and Funky Kingston into all-time reggae classics, and even brought the very term “reggae” to wider attention with the Maytals’ 1968 song Do the Reggay.

In bringing such strong songwriting to bear on the “rocksteady” musical style that was evolving in the mid-1960s, he helped create the blend of good-natured mid-tempo music with storytelling, positive affirmations and socially conscious lyrics that would come to define reggae. He was also a key proponent of the faster ska style, and heavily influenced its successive waves and iterations, including the UK 2 Tone and US ska-punk scenes.

Lenny Henry paid tribute on Twitter, describing his music as “a constant” throughout his childhood: “His voice was powerful and adaptable to funk, soul, country, AND reggae,” he tweeted.

Ziggy Marley said he had recently spoken with Hibbert. “[I] told him how much I loved him we laughed and shared our mutual respect,” he tweeted. He described him as a “father figure”. “His spirit is [with] us, his music fills us [with] his energy, I will never forget him.”

Frederick “Toots” Hibbert was born in 1942 in Clarendon parish, Jamaica, to parents who were Seventh Day Adventist preachers – his first music-making came as a child singing in the church choir. Aged about 16 he moved to Kingston, where he formed the vocal trio the Maytals with Henry “Raleigh” Gordon and Nathaniel “Jerry” Matthias, with the gospel harmonising of his youth deployed on rhythm and blues, ska and more. They were signed to the now-legendary Studio One label owned by Clement “Coxsone” Dodd, and accompanied by the Skatalites, began releasing singles in the early 1960s.

Hibbert performing in the UK in 1976. Photograph: Echoes/Redferns

Hibbert was arrested in 1966 for marijuana possession and served a year in prison – he professed his innocence on one of his signature songs, 54-46 (That’s My Number), whose title came from his prison identification. After being released, he renewed his partnership with Matthias and Gordon, renamed the group Toots and the Maytals, and their popularity continued to grow.

Along with Bob Marley and the Wailers, they were one of the reggae acts signed to Chris Blackwell’s Island Records label, which further promoted their work outside Jamaica. Monkey Man became a minor UK hit in 1970. Songs including Pressure Drop were prominently included in the 1972 movie The Harder They Come, which helped popularise reggae in north America.

The crossover between the UK’s late-70s punk, ska and reggae scenes, which spawned Marley’s Punky Reggae Party and saw Lee “Scratch” Perry produce the Clash, also benefited Toots and the Maytals: the Clash covered Pressure Drop and the Specials covered Monkey Man. They influenced a new generation of Jamaican artists too, with the chorus of Sister Nancy’s 1982 hit Bam Bam – one of the most respected and sampled reggae tracks of all time – inspired by the Maytals song of the same name.

The core trio split in 1981, with Hibbert going solo and taking a hiatus from recording for much of the decade, though 1988 brought the first of four Grammy nominations, for the album Toots in Memphis. Hibbert eventually won best reggae album in 2004, for True Love, which revisited greatest hits via starry collaborations with artists including Eric Clapton, Keith Richards, No Doubt, Shaggy, and more.

By that time he had reformed Toots and the Maytals with new members, and the band became a longstanding live favourite, more frequently recording studio albums. Beginning in 2013, however, there was a three-year hiatus from performing after Hibbert was struck in the head by a bottle thrown by an audience member during a US festival performance. Hibbert told the judge in the ensuing trial that he had suffered “extreme anxiety, memory loss, headaches, dizziness and, most sadly of all, a fear of crowds and performing”.

There was also a decade-long gap between studio recordings, from 2010’s Flip and Twist until 2020’s well-regarded return, Got to Be Tough. 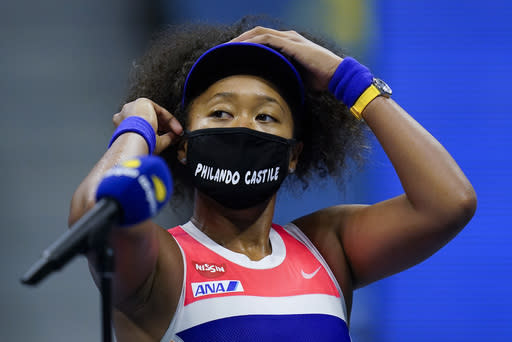