“American heroes defeated the Nazis, dethroned the fascists, toppled the communists, saved American values, upheld American principles and chased down the terrorists to the very ends of the earth,” Trump said. “We are now in the process of defeating the radical left, the Marxists, the anarchists, the agitators, the looters, and people who in many instances have absolutely no clue what they are doing.”

Building on similar remarks he delivered at Mount Rushmore on Friday, Trump once again sought to deepen racial and cultural divisions in America rather than attempting to unify a country convulsed by the twin crises of the coronavirus pandemic and a sweeping reckoning on racism in America.

Still, Trump — who has a long track record of exploiting racial tensions in America — castigated others for trying to “foment hate, discord and distrust.”

In his remarks at Mount Rushmore Friday and at the White House on Saturday, Trump sought to cast himself as the protector of American history and heritage, focusing on protecting the legacy of Founding Fathers and other historical American figures. But Trump has spent the last week focused squarely on defending Confederate monuments and namesakes.

“Our past is not a burden to be cast away,” Trump said at the White House’s “Salute to America” event on the South Lawn. “We will never allow an angry mob to tear down our statues, erase our history, indoctrinate our children or trample on our freedoms. We will safeguard our values, traditions, customs, and beliefs,” Trump said.

Trump claimed without evidence during his Saturday remarks that 99% of coronavirus cases “are totally harmless.”

“Now we have tested almost 40 million people. By so doing, we show cases — 99% of which are totally harmless — results that no other country can show because no other country has testing that we have. Not in terms of the numbers, or in terms of the quality,” he said, once again also falsely claiming that rising cases are caused by increased testing.

There have been more than 2.8 million cases of coronavirus in the United States and at least 129,000 people in the United States have died, according to Johns Hopkins University’s latest tally. Some people who become ill have only mild symptoms, and the US Centers for Disease Control and Prevention estimates that 35% of cases are asymptomatic, but even people with mild or no symptoms can spread the virus to others.

While the World Health Organization has said the global fatality rate is likely less than 1%, the WHO also said about 20% of all people who are diagnosed with coronavirus are sick enough to need oxygen or hospital care.

The White House has not returned CNN’s request for comment on the President’s claim.

Trump spoke more about the coronavirus Saturday than he did the night before in South Dakota, but he used mention of the virus to underscore his divisive message. “China must be held accountable” for the virus, he said, and again claimed that a vaccine will be available before the end of the year.

Despite a rise in coronavirus cases across the United States, many attendees seen at the White House’s event were not practicing social distancing or wearing masks ahead of the President’s remarks, CNN observed.

“Good question, but let me just see,” Giroir, the assistant secretary for health for the US Department of Health and Human Services, said when asked if the White House event was setting a good example for other Americans. “I’m reserving judgment.”

He noted: “My wife and I are both wearing a mask.”

Trump’s remarks at the White House come a day after he delivered a deeply divisive speech in South Dakota Friday night aimed at stoking the culture wars in America, warning, “Our nation is witnessing a merciless campaign to wipe out our history, defame our heroes, erase our values and indoctrinate our children.”
It was the kind of dark message the President has turned to often in recent weeks to incite his most loyal supporters as he attempts to ignore a pandemic in the face of skyrocketing coronavirus cases. There was no social distancing at the Mount Rushmore event, especially with chairs at the top of the amphitheater tied together with zip ties. The President mentioned the virus just once in his Friday speech, at the very top of his remarks, thanking those working to fight it.
View Trump and Biden head-to-head polling
Trump’s Saturday remarks contrasted those of former Vice President Joe Biden who called on Americans to “commit to finally fulfill” America’s founding principle that “all men are created equal.”
“We have a chance now to give the marginalized, the demonized, the isolated, the oppressed a full share of American dream,” Biden says in the video. “We have a chance to rip the roots of systemic racism out of this country.”

Biden later tweeted that “one of the most patriotic things you can do is wear a mask” during the coronavirus pandemic.

The Biden campaign on Saturday also responded to Trump’s Mount Rushmore speech by saying the United States is “suffering” as a result of having a “divisive” president who doesn’t “give a damn about anything but his own gain.”

“Our whole country is suffering through the excruciating costs of having a negligent, divisive president who doesn’t give a damn about anything but his own gain – not the sick, not the jobless, not our constitution, and not our troops in harm’s way,” campaign spokesman Andrew Bates said in a statement of Trump. “Even as the outbreak ramps up, he’s admitted to ordering that the federal testing response be watered down.”

This story has been updated with additional developments. 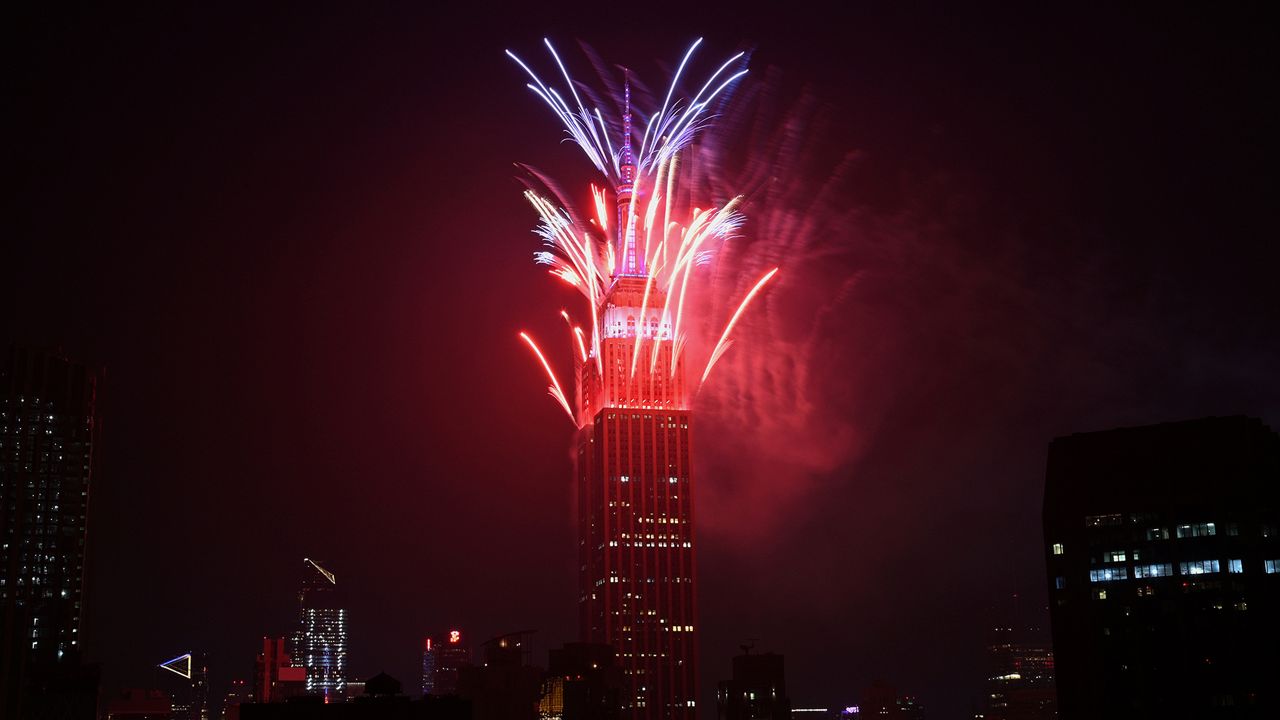