The Trump administration has formally notified the United Nations that it is withdrawing from the Paris climate agreement. The move comes as climate change drives more frequent and severe wildfires, hurricanes and other hazards. 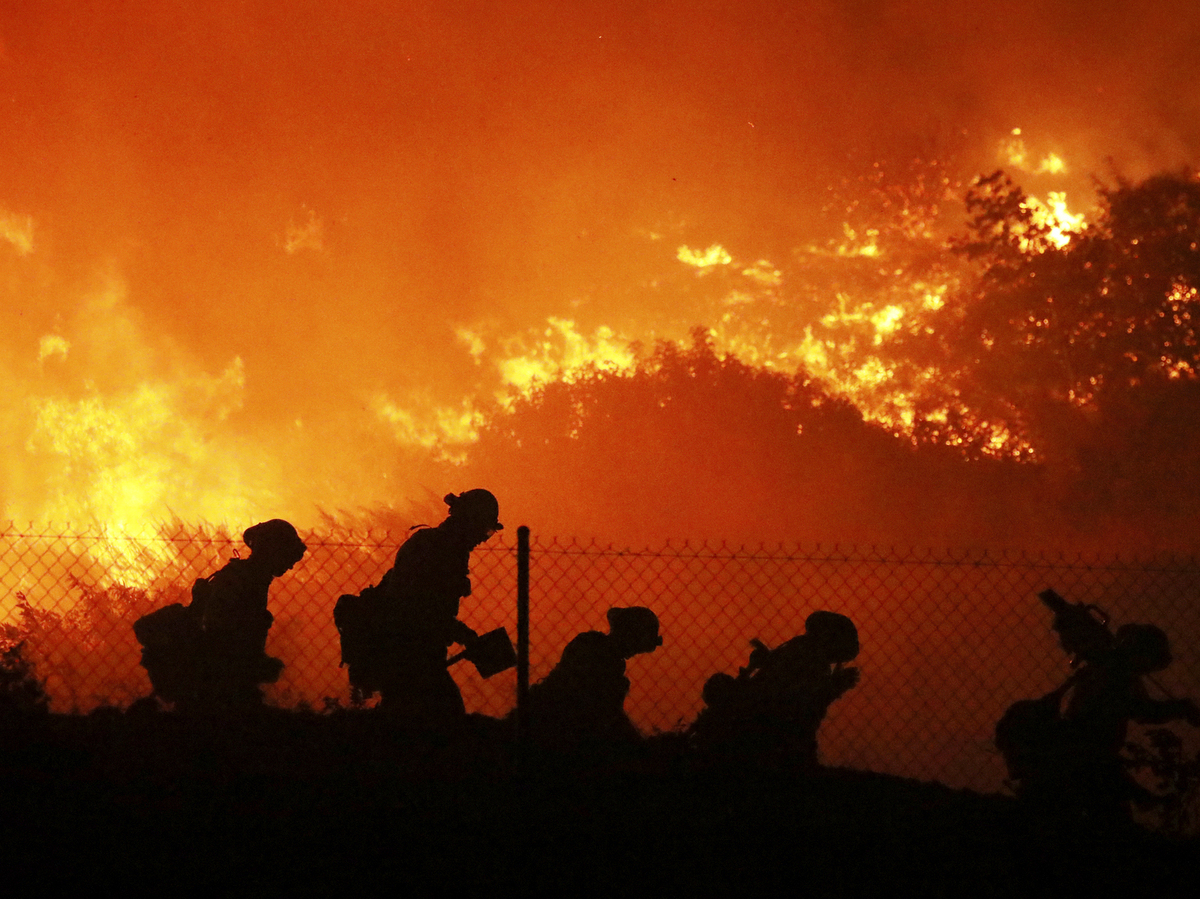 The Trump administration has formally notified the United Nations that it is withdrawing from the Paris climate agreement. The move comes as climate change drives more frequent and severe wildfires, hurricanes and other hazards.

The Trump administration has formally notified the United Nations that the U.S. is withdrawing from the Paris climate agreement. The withdrawal will be complete this time next year, after a one-year waiting period has elapsed.

“We will continue to work with our global partners to enhance resilience to the impacts of climate change and prepare for and respond to natural disasters,” Secretary of State Mike Pompeo said in a statement Monday.

Nearly 200 countries signed on to the agreement in 2015 and made national pledges to reduce greenhouse gas emissions. Each country set its own goals, and many wealthy countries, including the U.S., also agreed to help poorer countries pay for the costs associated with climate change.

The U.S. is now the only country to pull out of the pact.

“The United States is not cooperating with the rest of the world on dealing with climate change,” says Andrew Light, a former climate official in the State Department who helped develop the Paris Agreement.

The agreement was designed to be easier to join than to leave. The U.S. even helped spearhead language that would hold countries accountable for the promises they made, in part to help guard against regime changes and other global political turmoil.

Indeed, in the years since the pact was created, many key international players including Brazil, China, Japan and India have experienced economic or political upheaval, but none has withdrawn from the Paris Agreement as a result.

President Trump originally announced his intention to withdraw from the deal in the summer of 2017, shortly after he took office. At the time, he said, “As of today, the United States will cease all implementation” of the agreement, including federal policies meant to reduce greenhouse gas emissions, as well as U.S. contributions to the international climate fund for poorer nations.

“These agreements are just only as good as the commitments from each country,” Light says.

The U.S. had pledged to reduce national greenhouse gas emissions by about a quarter by 2025, compared to 2005 levels. The country is not on track to achieve that goal.

In the intervening years, the Trump administration has systematically attempted to roll back federal limits on carbon emissions, including rules about how much pollution can be emitted by power plants, cars and trucks.

“The reality is, to really deliver on our climate goals, we do need strong federal action,” says Rachel Cleetus of the Union of Concerned Scientists. “The unfortunate reality is U.S. carbon emissions actually rose last year.”

This isn’t the first time the U.S. has reneged on an international climate agreement. The U.S. failed to ratify the 1997 Kyoto Protocol despite being instrumental in its creation. In this case, the U.S. ratified the agreement but almost immediately signaled that it didn’t intend to pursue its responsibilities.

In both cases, the U.S. was instrumental in developing the international strategy.

“That’s one of the ironies of all this,” Light says. When the Paris Agreement was being negotiated, the U.S. delegation pushed for more transparency and accountability to make sure the countries that signed on would actually do what they promised.

“Even though we’re the ones who have been pointing to these potential scenarios for problems with other countries, we seem to be the biggest problem,” Light says.

“If we were a tiny country with small emissions, it wouldn’t matter so much,” he says. “But we’re not. We’re a big country with a lot of power and a lot of influence around the world. And so for us to be the exception on this issue is holding the world back.”

Today’s formal withdrawal is reversible, however, if a future administration chooses to rejoin the Paris Agreement and pick up where the U.S. left off with its emissions reduction promises.