An influencer turned princess has celebrated her 18th birthday – after learning earlier this year she’s set to become the leader of the now defunct Italian throne.

Princess Vittoria of Savoy, who was born on 28 December 2003, is the eldest daughter of Prince Emmanuel-Philibert of Savoy and the French actress Clotilde Courau, and a fashion influencer.

Prince Emmanuel-Philibert marked his daughter’s coming-of-age on Instagram, posting a series of snaps alongside a caption which described her as a ‘rock-and-roll princess’.

Earlier this year, the teenager spoke about being bumped up the royal food chain by her grandfather Vittorio Emanuele di Savoia, the son of the last king of Italy.

In a formal decree, ‘Duke of Savoy, Prince of Naples and by the grace of God direct heir to Head of the Royal House of Savoy’ abolished male primogeniture, which is preference in inheritance that is given by law, custom, or usage to the eldest son and his issue.

Monarchy was abolished in Italy in 1946 when Umberto II of the House of Savoy was on the throne. The House of Savoy, of which Emmanuel-Philibert and Vittoria descend, has existed since 1003. Her grandfather, Prince Vittorio Emanuele of Naples, 84, is the current pretender to the throne.

Paris-based Princess Vittoria of Savoy, pictured, who was born on 28 December 2003, is the eldest daughter of Prince Emmanuel-Philibert of Savoy and the French actress Clotilde Courau and just turned 18

The Franco-Italian royal loves to share glimpses of her life on Instagram, from trips to the beach to nights out with friends

Prince Emmanuel-Philibert praised his eldest daughter on her birthday, sharing a series of poignant images of Vittoria through the years.

The first snap showed the princess as a toddler, with her father fixing her dress at a formal event.

The second showed father and daughter in a selfie taken recently during a sunset.

In another snap, Vittoria winced as her dad stuck his tongue out to her, while another showed a proud Emmanuel-Philibert hugging Vittoria in a black and white picture.

The 18-year-old is the first woman to be in the line of succession for the Italian throne in 1,000 years. But for now, she enjoys sharing her life with her 62.500 followers on Instagram

The 18-year-old also posed for the camera in more artistic pictures shared by her father for her birthday.

One of the last pictures showed a demure Vittoria, dressed in a red hoodie, gazing into the camera.

He wrote: ‘May all your dreams come true and may you always have the courage to follow them… Happy 18th birthday my love.’

She shared a picture of the pair dressed in matching designer outfits, writing: ’18 already and I’m so proud of you.

Vittoria’s father, Prince Emmanuel Philibert of Savoy, shared a series of cute pictures from her childhood to mark the occasion

‘Your bravery, your strong character, your intelligence, your sensitivity.

‘You are my everything, my life, my love, forever and ever, happy birthday.’

Speaking to The New York Times in May, Vittoria revealed how she’s set to become the leader of the now defunct Italian throne.

She said: ‘It was the best gift [my grandfather] could give me.’

When asked if she felt Italy was ready to accept her as a queen, or the head of her family, the Paris-based teenager said: ‘Italy is not really progressive, but they will learn.’

His two sons, Prince Umberto, 12, and Prince Amedeo Michele, 10, would’ve been next in line after himself had the rule not been changed, since Vittoria’s father has only two daughters.

Vittoria, who just graduated high school with merit in France, loves fashion, but previously said that ‘beauty without intelligence is tedious’

Her family was exiled from the country for 50 years, only being allowed to return in 2002, after Umberto II, the last reigning king of Italy was deposed in 1946 when the nation became a republic.

Vittoria is an up-and-coming influencer with 35,400 followers on Instagram thanks to her jet-setting lifestlye and fashion prowess.

The teenager, who attended the private École Diagonale in Paris, has a passion for art and fashion, as shown on her social media profile, and has also previously campaigned for educational changes.

École Diagonale is a school known for its excellent art and sport programmes, alongside a rigorous curriculum in the heart of the French capital.

During her free time, Vittoria travels between Geneva, Switzerland, where she was born in 2003, and Monte Carlo, where her father Emanuele Filiberto lives, and an Italian farmhouse owned by her family in Umbertide, Umbria.

The teen, whose father dubbed ‘rock ‘n roll princess,’ loves to pose for the camera, but said she wants to work towards a better future

In May 2005, Vittoria was baptised at the Basilica of Saint Francis of Assisi in Italy.

What is male primogeniture?

Primogeniture is preference in inheritance that is given by law, custom, or usage to the eldest son and his issue.

In exceptional cases, primogeniture may prescribe such preferential inheritance to the line of the eldest daughter.

The motivation for such a practice has usually been to keep the estate of the deceased, or some part of it, whole and intact.

The British Royal Family brought to an end the system of primogeniture that had dictated the line of succession since 1701.

Under the Succession to the Crown Act 2013, princes no longer take precedence over their sisters.

Her debut as part of the House of Savoy was supposed to take place last year but was postponed due to the pandemic.

Her father, Emanuele Filiberto of Savoy, 47, who is known as the ‘Pasta Prince’, due to his career running food trucks in LA, announced his plans to run for political office last year.

The royal runs a catering business called Prince of Venice and has lead a colourful life in the public eye, claiming to have dated Kate Moss and starring on Italy’s version of Strictly Come Dancing.

He also has a production company called AristoCrazy and a fashion brand called PrinceTees.

Prince Filiberto has had problems with drugs and confessed in 2009 that he only managed to overcome his addiction with the help of his family.

He has previously discussed his desire to set up a royalist party to advocate for restoration of the monarchy in Italy.

Prince Filiberto, who is married to award-winning French actress Clotilde Courau, is the only child of Vittorio Emanuele, Prince of Naples, heir to the now defunct throne of Italy, and has two daughters, Vittoria and 14-year-old Luisa.

Speaking to the publication, he admitted that it’s unlikely he’ll be the one to lead a royal restoration and instead looks forward to abdicating and sailing around the world – ‘once my daughter is prepared’, he added.

But Vittoria confessed that the new responsibility is ‘a lot’, while her father is trying to get her to study more and holiday less.

Her father, Emanuele Filiberto of Savoy, 47, who is known as the ‘Pasta Prince’, due to his career running food trucks in LA (pictured), announced his plans to run for political office last year

Emanuele (pictured left in 2018) and his wife leave church after the christening of their daughter, Vittoria in 2004, pictured right

Vittoria is the first woman in 1,000 years to be invested with the authority to one day lead the Savoy family.

However, while her parents and her grandparents in Gstaad, Switzerland, were delighted about her ascension, a rival branch of Savoias were left frustrated.

Prince Aimone di Savoia Aosta, a cousin and rival claimant, who works as an executive for the Pirelli tire company in Moscow, said it was ‘totally illegitimate’.

The Aosta branch of the family have argued the law should only be changed when the monarchy is restored.

Former royal family: Clotilde Courau (centre left) and Emanuele Filiberto (left) arrive with Prince Vittorio Emanuele of Savoy and Princess Marina of Savoy (centre right) for a dinner at Opera terraces after the wedding ceremony of Princess Charlene of Monaco and Prince Albert II of Monaco on July 2, 2011

Fellow royal: Prince Albert and Emanuele of Savoy at the modern Penthathlon in Monaco City, Monaco on April 29, 2001

But Prince Filiberto said: ‘They were thinking that me, not having any sons, they would finally have what they were waiting for, for 150 years… they got screwed and they got pissed.’

Yet despite Prince Filiberto claims that ‘a lot of people’ are seeing a potential comeback for the Italian monarchy, Italians have largely no interest in a royal return, noted the publication.

Most people in Carignano, the ancestral home of Vittorio Emanuele’s branch of the family, don’t even know who Vittoria is.

Sunset for two! Doting father Emmanuel-Philibert shared beautiful pictures of him and Vittoria on her birthday 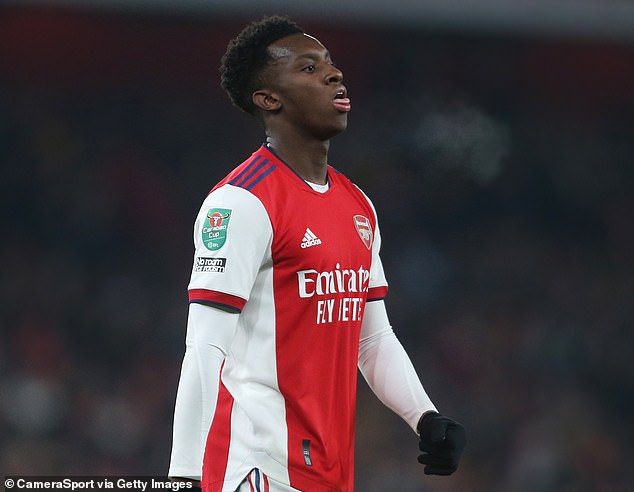 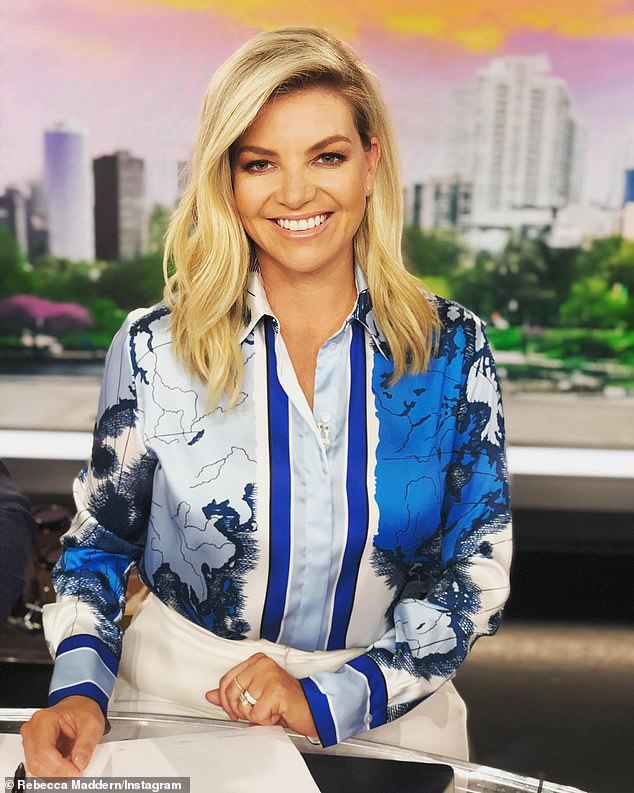